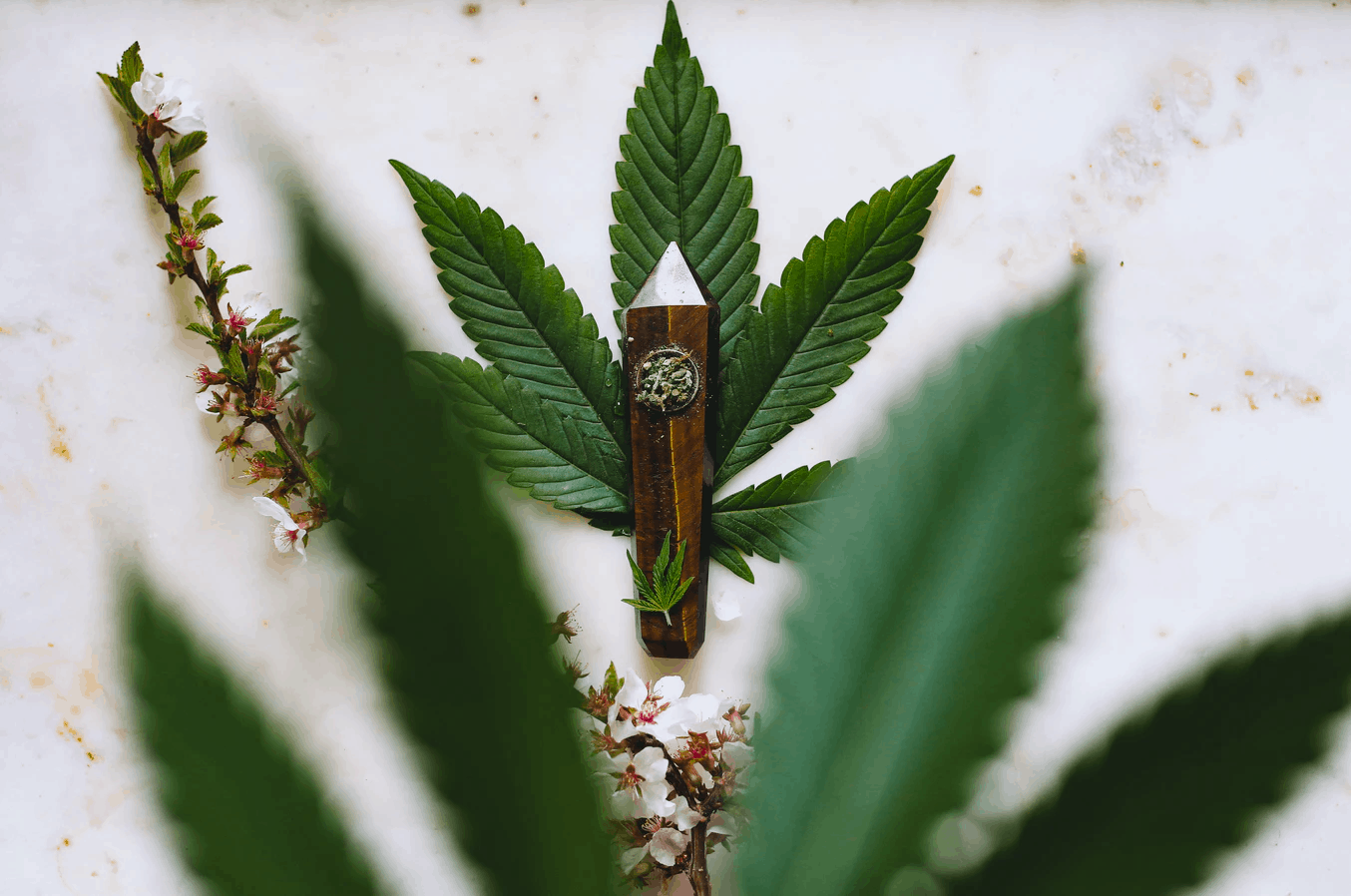 Like most of the legends, traditions, and slang of cannabis culture, the real history of the 420 meaning is obscured by hearsay, “he said, she said,” and a healthy dose of, “What the hell happened last night?”

But that doesn’t make 420 any less important.

In fact, 420 has become a well-nigh universal term for all things marijuana. It even has its own day: April 20 (4/20 for those who’ve already started celebrating).

So where did the concept of 420 come from? What does it mean? Why those particular numbers? And how did it spread around the world?

In this article, the experts at Honest Marijuana clear the pot haze — for a few minutes, anyway, and then we’re right back into it — to provide you with the definitive 420 meaning.

Theories Of The 420 Meaning 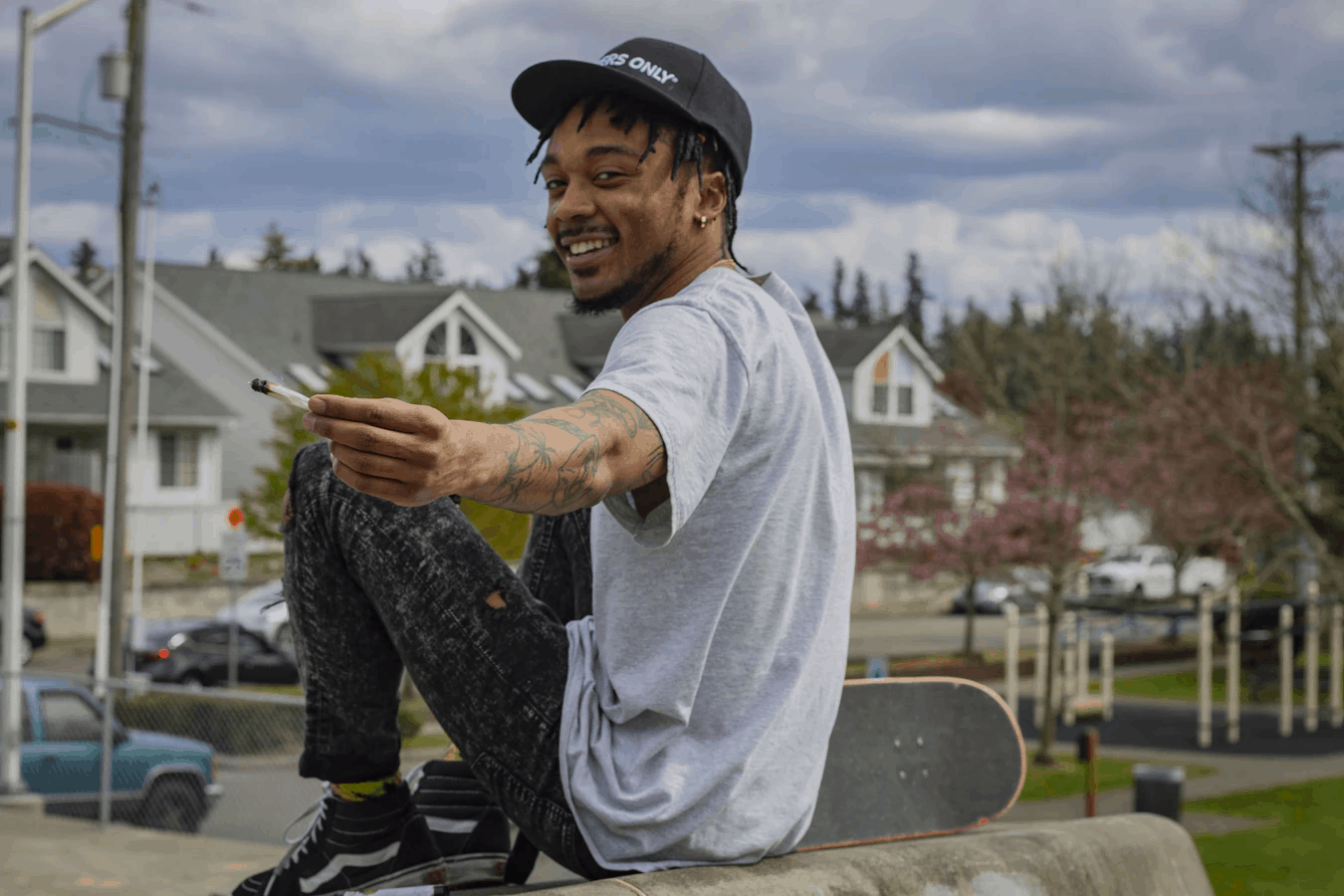 Before we delve into the true origins of April 20, we’ll examine some of the strange, outlandish, and downright false theories of the 420 meaning.

Back in 1939, H.P. Lovecraft and Kenneth Sterling wrote In The Walls Of Eryx.

In this short story, Lovecraft writes briefly about “curious mirage-plants” that alter the narrator’s perception of reality at around 4:20.

This would be a great explanation because we love us some Lovecraft (Cthulhu fhtagn!), but the logistics of this theory just don’t jive.

First, Lovecraft doesn’t elaborate about whether it’s 4:20 a.m. or 4:20 p.m. For some stoners, we guess it wouldn’t matter, but for us long-timers (read “old”), we’re going to be pretty much comatose in our beds at 4:20 a.m. unless something is really, REALLY wrong.

Second, since Lovecraft lived on the east coast of the United States, we can only assume he was referring to 4:20 Eastern (daylight savings wasn’t a standard thing at that time).

So although Lovecraft’s story is one of the earliest mentions of psychedelia and 4:20 together in one place, it’s highly unlikely that he can claim responsibility for creating 420.

Another popular theory holds that 4:20 (or 16:20 for 24-hour-clock enthusiasts) is standard teatime in Holland, the Netherlands.

Geographically speaking, Holland is a region on the western coast of the Netherlands that includes the city of Amsterdam.

And, as all good stoners know, Amsterdam is like Mecca for cannaenthusiasts.

Because of this link to the forward-thinking city that pioneered cannabis legalization back in the 1970s (yes, it’s been legal there for almost half a century), it’s as good an explanation as any for the real 420 meaning.

Sadly, though, it’s just as false as the Lovecraft connection. 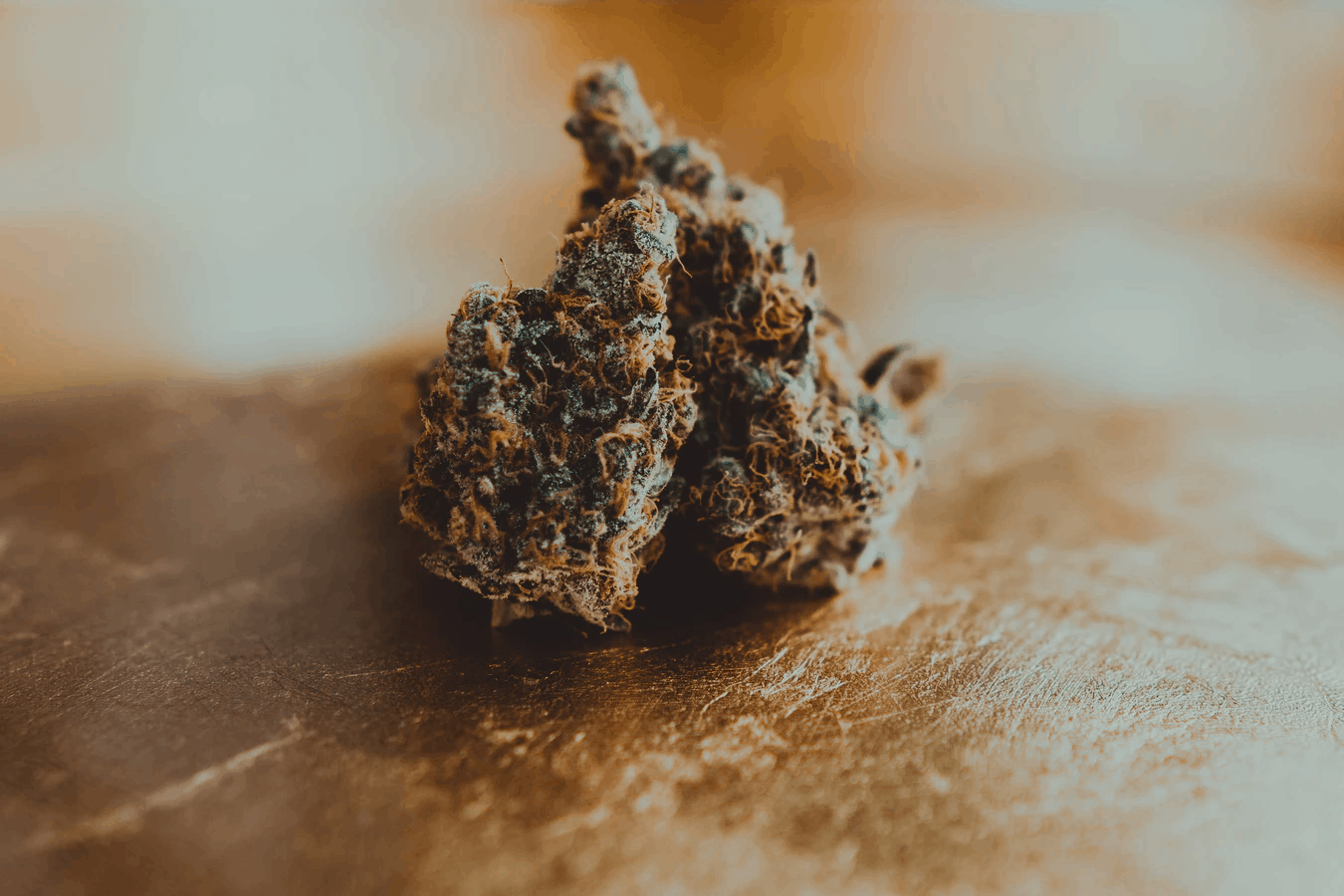 Some believe that the history of the 420 meaning got its start because there are 420 active chemicals in cannabis.

This is just plain wrong. There are way more than 420 active chemicals in your standard marijuana plant.

And of those 420, only about 70 or so are cannabinoids unique to your favorite strain. The rest are just regular organic molecules common to pretty much every plant on the planet.

So, as a theory for the origin of 420, this explanation doesn’t hold water and sounds like something you would hear third- or fourth-hand from your uncle’s cousin’s friend’s 14-year-old niece.

If someone tries to pass this off as cannon at your next smoke sesh, laugh scornfully in their face, point fingers derisively, and make them clean the gunk out of your bong to teach them a lesson about gullibility.

Adolf Hitler was born on April 20, 1889, but that’s a tenuous connection to the pot-smoking revelry that 420 has become today.

Even if this explanation for the 420 meaning were even remotely true — which it’s NOT — we’re not sure why it would have gotten a start in the first place.

Other than the birthdate thing, no one wants to honor one of the men responsible for some of the worst years western civilization has ever faced.

Plus, there’s absolutely no connection between Hitler and the wacky weed — although the world probably would have been a much better place if he’d have toked a fatty once or twice and just chilled the eff out.

This theory is complete bunk.

In said song, he sings extensively about getting stoned and ends with the now-famous chorus, “Everybody must get stoned!”

Along with the fairly obvious connotations, the band — and Dylan himself — sound like they’re high as a kite.

Dylan himself says that he was singing about being stoned in the Biblical sense of the word — people hurling rocks at you — not about puffing a blunt and scarfing down Funyons and Pixie Sticks.

It’s easy to see how well-meaning stoners could have run with their own understanding of “Everybody must get stoned!” — it is pretty obvious, after all — but there’s no historical proof this is where 420 got its start. 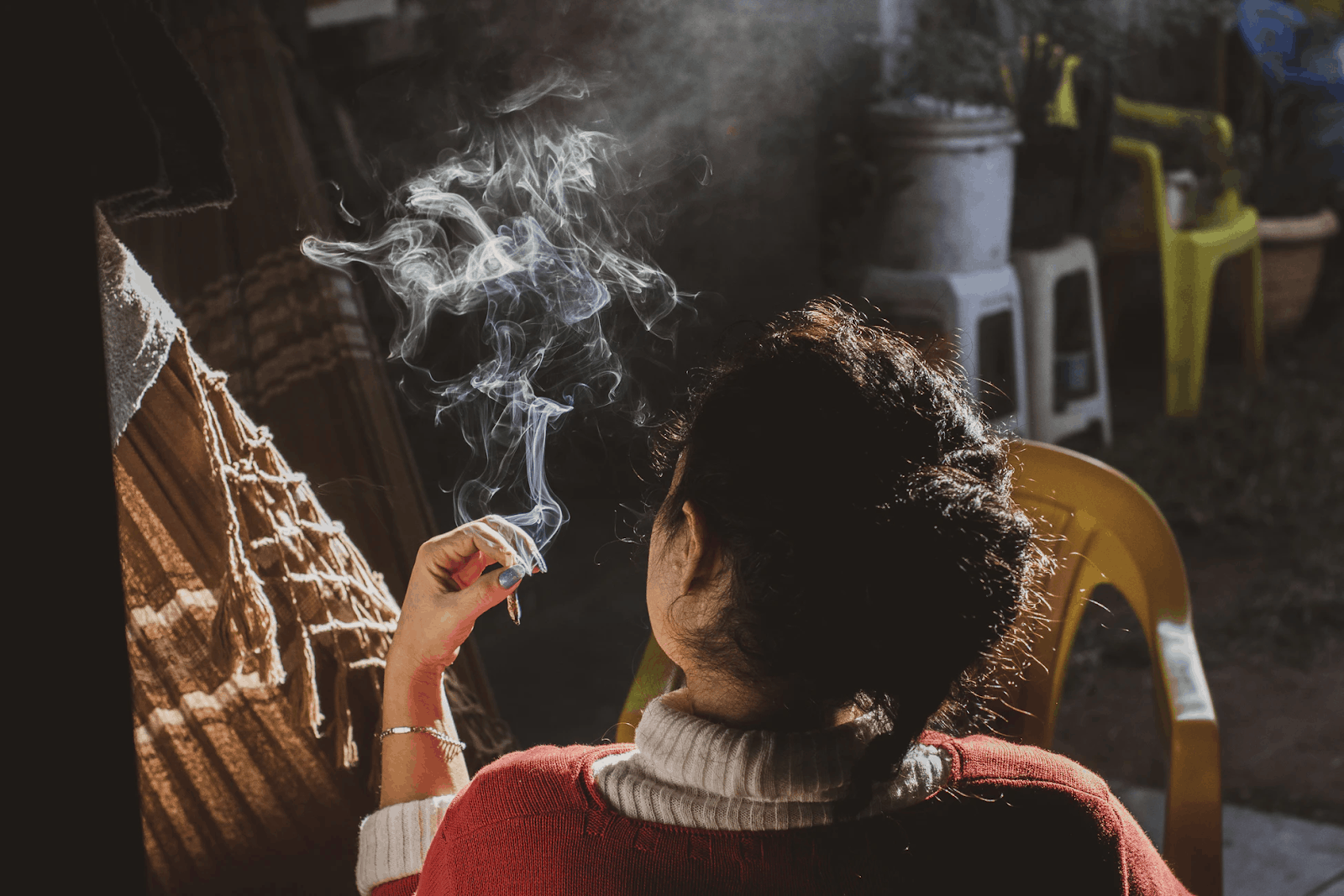 Another plausible explanation for the origins of 420 goes back to the California police codes of the 1970s.

Much like the term 5150 — the California law-enforcement code applied to people who are considered threateningly unstable or “crazy” — that was co-opted by the band Van Halen for the name of their seventh album, legend has it that 420 was the police code for “marijuana smoking.”

As cool as it would be to take “the man’s” own codes, throw them back in their faces, and create a day to celebrate marijuana openly, this theory is false as well.

Some folks — don’t ask us who — swear that The Right Honorable Robert “Bob” Marley died on April 20 and that the current 420 celebration is a tribute to this cannabis icon.

You can — and should — still blaze a bong in honor of the pioneer of ganja culture; just don’t claim he’s the reason for 420. 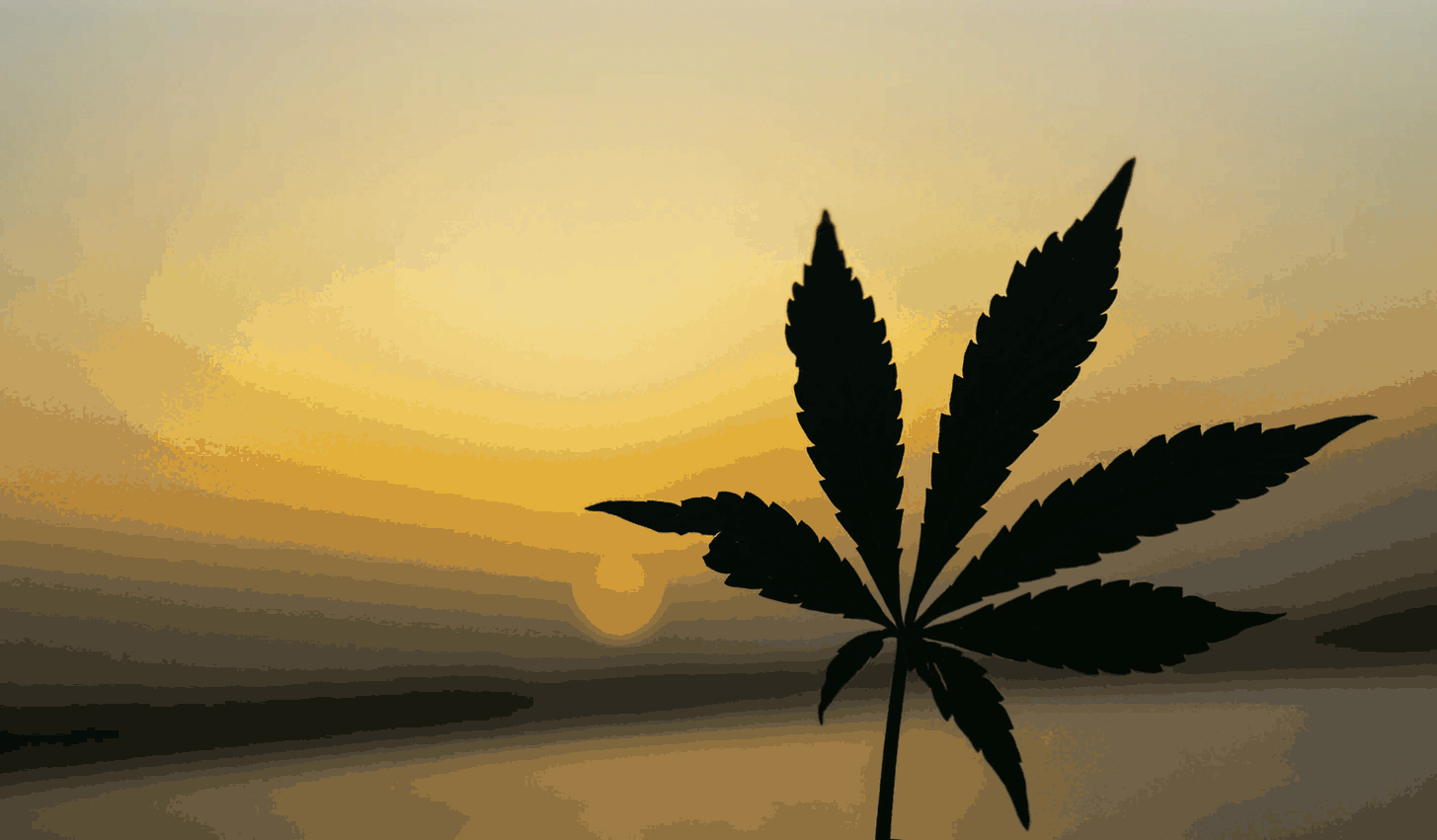 The real story of 420’s meaning dates back to San Rafael High School (in San Rafael, California) in the 1970s and a group of five friends known as the Waldos.

“Why Waldos?” you ask. Because they used to hang out by a wall outside the school. Get it? Wall-dos? Waldos? Anyway…

During harvest time in the fall of 1971, the Waldos heard rumor that a member of the Coast Guard had planted a cannabis crop and, because he had shipped out, could no longer tend the buds.

They decided to search for the lost crop after practice (they were all high school athletes) and arranged to meet at the Louis Pasteur statue on campus at 4:20 p.m.

This went on for several weeks and they took to reminding each other of their after-school plans by saying, “4:20 Louis.”

Eventually, they dropped the “Louis” completely and started using 420 as a way to refer to their pot-smoking activities without squares being any the wiser.

They never did find the secret stash, and it would have stopped there — with a group of high school friends in California — if it weren’t for a fortunate coincidence and one of the most iconic rock bands of all time: The Grateful Dead. 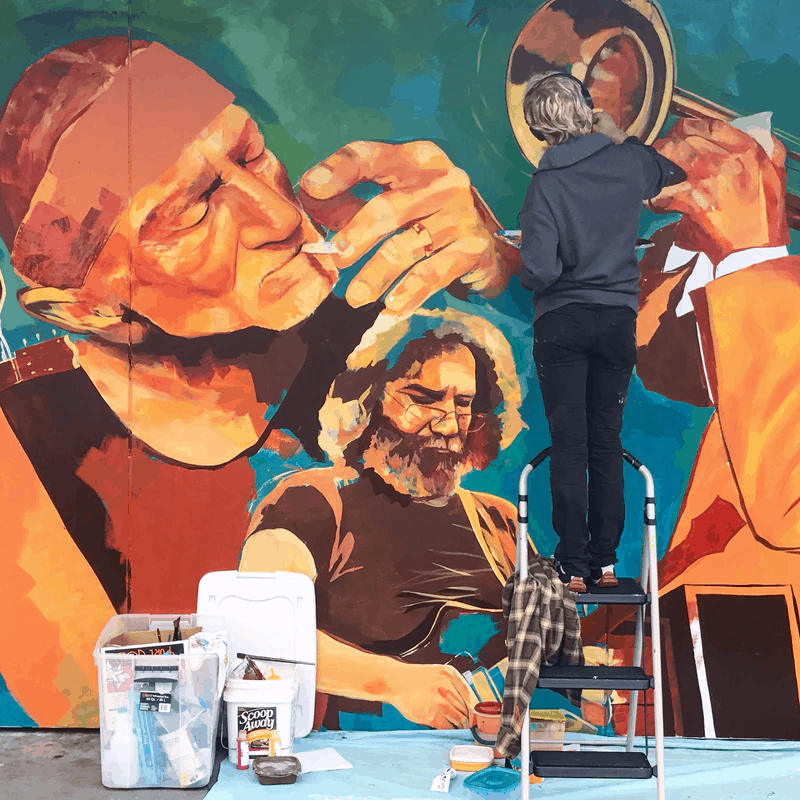 By the early 1970s, the Dead had moved their rehearsal space from The Haight in San Francisco to the Marin County hills — just blocks from the Waldos’ school.

In addition to being within walking distance of the heart of the counterculture, one of the Waldos’ dads managed real estate for the band, and another Waldo’s older brother was good friends with Dead bassist Phil Lesh.

Because of this connection, the Waldos used to hang out in close proximity to the band where they, no doubt, used the term 420 quite often.

From there, 420 spread through the roadies, band members, and fans until it was common in the underground language of the Dead Head community.

High Times took the story, ran with it, and started incorporating 420 into everything they did (eventually purchasing the web address 420.com).

As cannabis culture began to grow in the United States and around the world, the idea of 420 continued to gain popularity.

With the legalization of marijuana in states across the union, 420 parties spread like wildfire and the celebration took off from there and transformed into the ganja-fest that it is today.

Impress Your Friends With Your 420 Knowledge

So there you have it, the real history of the 420 meaning.

Now you can impress your friends with your extensive knowledge of marijuana history and not look like a blathering idiot in the process.