Every day he toils his land with mud on his shoes and a shovel in his hand. With the blue expanse of sky above and the crunch of earth beneath his feet, tending his plants is a labor of love he’d trade for no other. Anthony Franciosi, also known as Ant, is an honest to goodness farmer whose fingers are as green as the organic cannabis he grows.

He is the proud founder of Honest Marijuana – an all natural, completely organic marijuana growery in Colorado. You could say Anthony’s come a long way since fourteen when he had his first taste of his friend’s dad’s stash in the woods behind their house. But his love for sewing and savoring marijuana is just as fresh now as it was in his yesteryears. 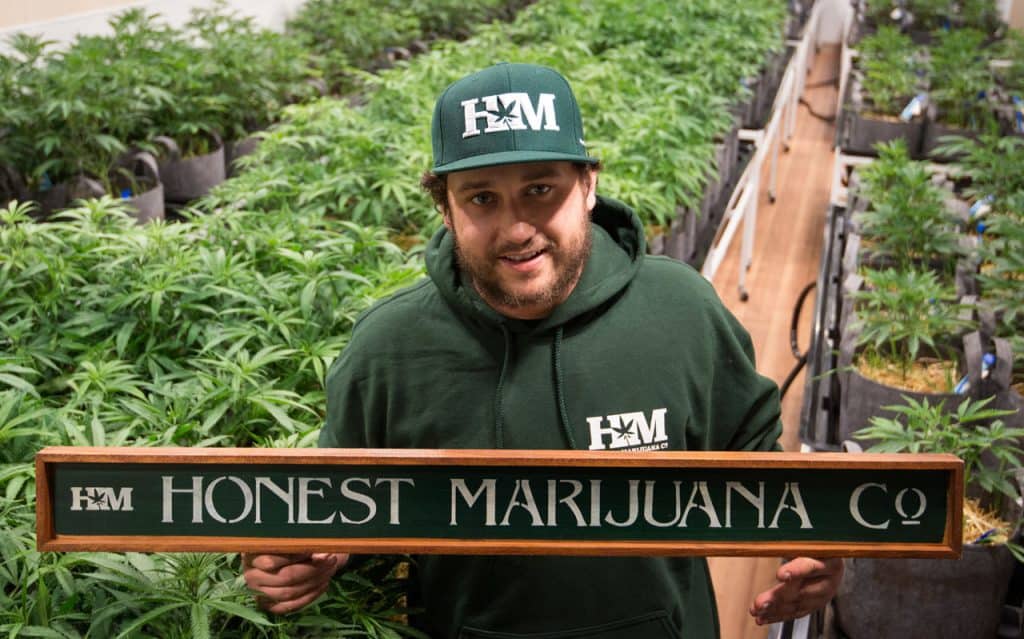 The vision for Honest Marijuana came to mind in 2008. Anthony had moved to Colorado, just a couple of years after the medical marijuana movement lit up. The laws were still fairly new and not many doctors there were writing up scripts. Anthony, with his slew of sports injuries, and his inquisitive nature, was the perfect patient for medical marijuana. He had the right medical history to get doctors into the swing of writing scripts for spliffs. But, Anthony wasn’t interested in being a patient; he wanted to be a producer.

Having worked as a landscaper for close to a decade, Anthony had surrounded himself with quality, like-minded people who were all for going green (in the general organic sense that is). And, as serendipity would have it, most of them were cannabis growers too. Between his planting of herb gardens and perennials, the seeds for growing his own organic marijuana were planting themselves firmly in his mind.

From his fellow landscapers, he learnt the value of honest, chemical-free farming, of staying true to Mother Nature and working only with what the earth provides. In true Ant fashion, he learnt best by going out in the fields, getting his hands dirty and gaining firsthand experience. He’s not one to sit on the sidelines if a smoking hot opportunity is being passed around.

For Anthony, it was an obvious connection to roll his love for raw, hard work, sustainable organic farming and smoking the good stuff all into one. And so his concept for Honest Marijuana was born.

In founding Honest Marijuana, Anthony was plugging a gaping hole in the market – a dire need for a high quality, organic cannabis product. Anthony felt this need himself every day, often more than once a day, and this need just wasn’t being met. Rather than settling for an unsatisfactory product, he decided to step in and do something about it. Anthony realized he wasn’t the only one with this problem that needed solving, but he may be the only one determined enough to get off the couch and fix it.

Anthony Franciosi is all for quality organic living. Even when tending to his munchies, he has been known to whip up a homemade pizza right from scratch. From making the dough right through to hand picking the herbs he grew himself. Now that’s pretty impressive.

He hopes to be a positive force for organic cannabis growing and help spread this mentality to other farming practices.

Looking ahead, Anthony’s vision is to continue creating a sustainable growing practice focussed on the integrity of the product. He wants to be the Gucci of organic marijuana farming, not the Walmart. And to do this he will keep a small batch mentality no matter how large the demand gets. As any seasoned smoker would know, it’s the quality of the strain that counts, not the quantity.

For you budding growers out there, here’s a bit of Anthony’s advice.

“Educate yourself, read the books. Make sure you have a good clean environment and safe place for your setup before you get into it. And make sure your landlord is cool with it first. I had to move 8 times in 9 years. When the electric bill goes up by $300, the landlord may get upset.” 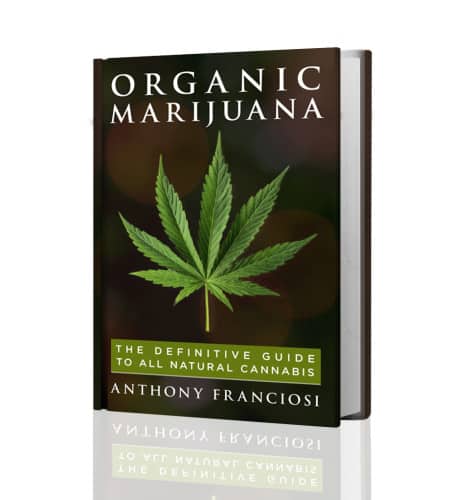 Organic Marijuana: The Definitive Guide to All Natural Cannabis is a required reading for a new generation of curious and sophisticated marijuana smokers.

Instead of the shortsighted vision of mass production, focus is instead shifting towards the quality of the product that is produced. If we’re going to stringently monitor the way our vegetables and fruits are grown, doesn’t it make sense to desire the same careful process to be used for our marijuana? If we want our salads to be organic, we should want our weed to be organic too.

Easy to pick up and impossible to put down, Organic Marijuana is the perfect guide for recreational and medicinal users alike. Scroll to the top and click the “buy now” button to learn the science behind your favorite green plant. 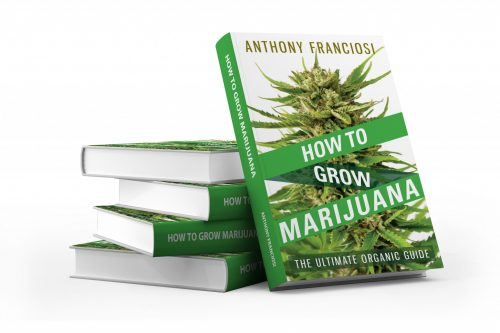 How To Grow Marijuana: The Ultimate Organic Guide is a comprehensive companion to growing your own organic cannabis.

If you’re tired of disappointing flowers that are more seed than weed and dried leaves that are all smoke and no satisfaction, then get ready to grow your own honest-to-goodness organic marijuana.

Nothing beats the extra-sensory experience of smoking Mother Nature’s own natural herb. And with the sustainable movement across the world going green, it’s vital we give our weed the same attention. Growing your own the natural way with no harsh chemicals or pesticides is both better for your health and the planet.

Whether you have green fingers, or just a love for smoking the green, all you need to grow your own at home is in this inclusive guide. From seed germination right up to your first tantalising toke, this how-to book will take you through the process step-by-step.

No fuss and all thrills How To Grow Marijuana: The Ultimate Organic Guide will having you reaping the rewards of your own home-grown reefer in a few easy moves.