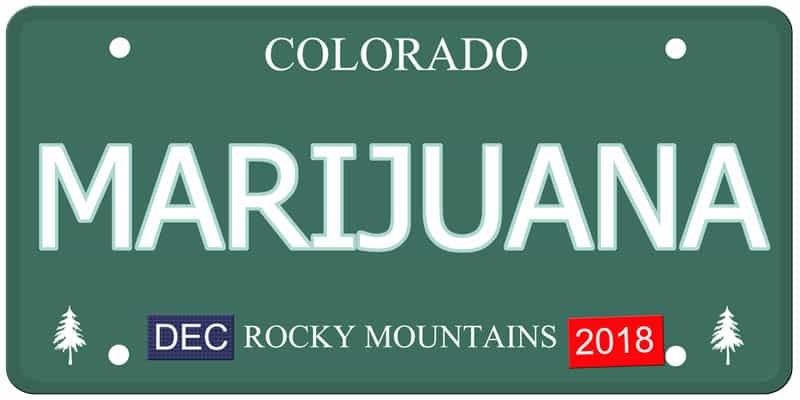 Are you every bit as excited about the Colorado recreational marijuana buzz as we are? Are you planning a pot pilgrimage? Are you completely info overwhelmed too?

We scoured the internet and talked to our “go-to sources” to provide a comprehensive guide on the Colorado recreational marijuana scene just for you. We talked to our friends Johnny Hempseed, an anonymous Colorado native, grower, dispensary owner and cannasseur in Denver CO as well as Kevo who grows ganja for CareGiversForLife a medical and recreational marijuana dispensary in Cherry Creek CO for some local tips on how to get high and have a great time in Colorado! 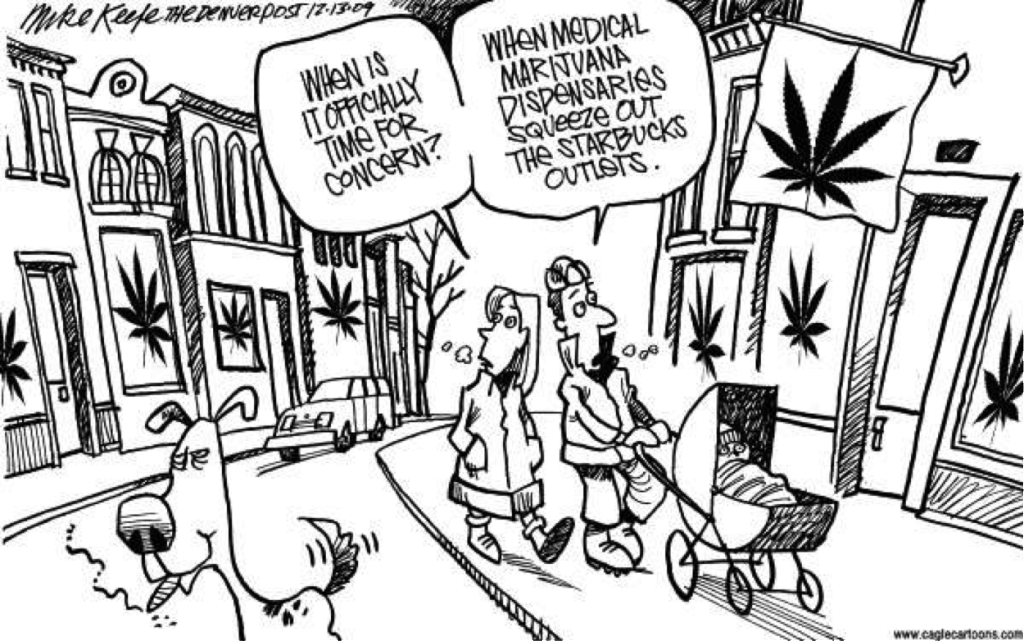 Jake Browne of the the Cannabist recommends the Lodo Wellness Center, Euflora, Natural Remedies, and Good Chemistry for recreational marijuana specifically. Mr. Hempseed suggested The Clinic for their award winning concentrated resin batter type of process in their wax. Kevo is a huge fan of his own recreational indica, sativa, hybrid marijuana strains, concentrates, edibles and topicals from Caregiversforlife the dispensary he grows ganja for.

Kevo also recommends you check out Green Man Cannabis and the Denver Kush Club if you are doing a dispensary tour in the Denver area. 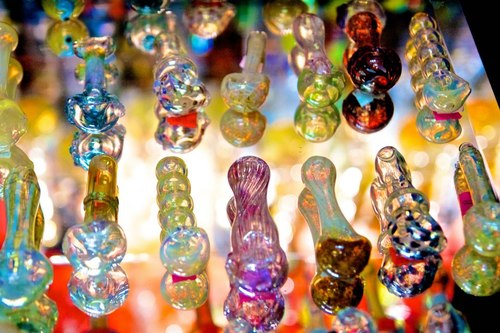 Johnny Hempseed has brought his vape pen on many plane trips, sometimes just because he forget that he had it on him, but Mr Hempseed and other natives of Colorado don’t advise bringing your own bongs, pipes, pens, or papers to CO in your carry on. You can get into a lot of trouble for it.

Fortunately you can’t swing a dead cat in Denver without hitting a headshop where you can buy supplies and accessories for smoking marijuana but not marijuana itself. “They’re everywhere but they all kinda rip you off” according to Mr. Hempseed. Most recreational shops will sell you everything you’ll need to get high after you buy your marijuana so you don’t need to go to any headshops on your Colorado Cannatrip. But Kevo’s girlfriend likes to window shop heading west on Broadway in downtown Denver whenever she goes glass shopping.

Yelp is a reliable reefer resource to check while you’re headshop shopping. Jake Browne of The Cannabist specifically suggests Purple Haze for the most reasonably priced products besides any given 7-Eleven convenience store for cheap papers, blunt wraps and apples that you can modify into a bong. Browne also recommends Illuzion Glass for the highest quality blown glass pieces you can find in Colorado. 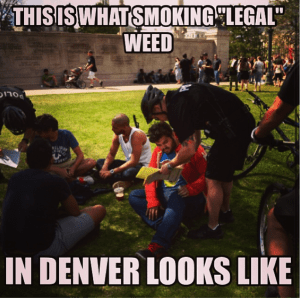 Ok, so you scored all your swag, you’re wiped out from shopping and you can’t wait for your first puff! Well here’s the rub. Tourists in Colorado can legally posses a ¼ mixed with concentrates/edibles/flower. You can’t legally smoke in the pot shop, your hotel, nor in any restaurants, bars or public parks. “Dispensaries won’t sell tourists more than a quarter ounce. We gotta stay compliant, we don’t want to lose our license” according to Mr. Hempseed.

If you are caught partaking, 1-2 oz. in a public space, you can expect to spend a couple of weeks in jail according to NeverGetBusted.com. The laws limit smoking to private residences with the owner’s permission as CNN.com points out. You cannot legally smoke marijuana in public in Colorado and there is nowhere for you to legally consume your cannabis if you don’t own property or know someone who does in Colorado.

If the law of the land seems like a legal cannabis-Catch-22 then that’s because it is. “It’s an issue” says Hempseed. The fight to completely end prohibition isn’t completely over in Colorado just because medical and recreational cannabis are now legal in the state. “My favorite environments to smoke is a sociable environment. With friends” says Kevo. “Sharing because everyone has either their own homegrown herb or their favorite herb they bought at a store. Not allowing us to do it more openly makes it seem like we are still doing it illegally in a way. They are working on opening social clubs” for recreational marijuana smoking in Colorado.”

“[T]here may be no legal place for some people to smoke, and that’s just not what the voters voted for…What they voted for was to treat (marijuana) like alcohol, and alcohol means there’s places to do it.” according to cannabis legal expert Sam Kamin. “Marijuana smoking is a social activity and we need a place to do it” according to Keith Stroup founder of The National Organization for the Reform of Marijuana Laws “We shouldn’t fight for the right to smoke in existing bars, we need our own places.”

The same lawyers and cannaactivists who successfully campaigned for the legalization of recreational marijuana collected signatures in July to support a popular proposal that would allow indoor vaporizing and outdoor smoking of marijuana in designated establishments for people at least 21 years old.

In the meantime however, just observe and follow the habits of the locals and you’ll be fine. “You can’t legally smoke in public but you see it anyway. Use good judgment, be discreet and respectful, don’t smoke in front of cops, don’t walk down the street doing it. But do it anyway if you want. It’s a nice feeling. It’s ok here” according to Mr. Hempseed.

“It’s still illegal to smoke anywhere outside your own home or in an enclosed area (not your car) but people still do” according to Kevo. “Go to any park during a nice day and you can smell it. Go to any concert and it’s everywhere. Just be discreet. Cops usually will just yell at you and tell you to put it away but I guess that depends on the cop’s attitude that day. They know it’s not truly hurting anyone and they have bigger issues to deal with like Meth.”

The Best Stoner Spots to Smoke Your Pot in Colorado 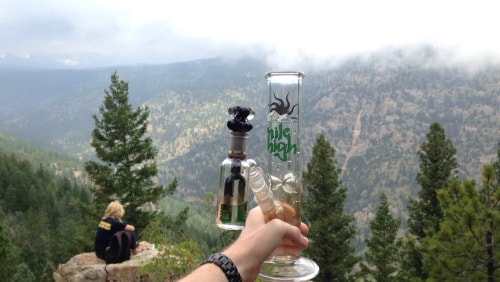 “People mostly want to get high at home” according to Mr. Hempseed, so make some local friends over social media or look for 420 friendly crash pads over craigslist and travelthc.com.

The Nativ Hotel has 420 friendly balconies and you won’t get hassled and fined if they smell marijuana in your room like the staff of other hotels will according to owner Richmond Meyer. Check out the Grateful Dead themed Bud and Breakfast hotel chain in order to meet other sophisticated stoner tourists. Bud and Breakfast owner Joel Schneider was sick of hiding out in the bathrooms of Denver hotels with towels stuck in the doorways and shower vents on. He insists that guests in his hotels smoke in common rooms together with other guests.

Check out a spot called “Stoner Hill” in The Commons Park in downtown Denver CO which is a well known public space where the rich, the homeless and tourists alike have been known to get high.

You cannot legally drive stoned in Colorado and you can get into trouble for having an open container of recreational marijuana in your car as well. You can still enjoy a trip on a stoner bus and tour all the best pot spots in the Denver though!

“My favorite spots to smoke are at concerts and during hikes where you have stunning views” agreed Kevo. Check out local online weed e-rags such as The Cannabist which has a great calendar of recreational marijuana friendly events that include anything and everything from live music concerts, art exhibitions, comedy, painting, yoga and bong smoking competitions. Mr. Hempseed agreed that concerts are some of the best places to get high in Denver but he strongly suggested getting out into nature and hiking as the very best way to get high in Colorado even though it’s illegal. Pick your strains and pick the intensity of your hike or climb. 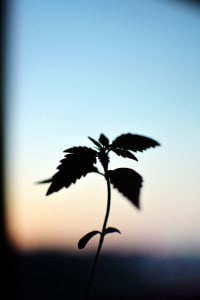 Local homegrown Colorado culture was all about the great outdoors even before marijuana was legalized in the state. “People have been flocking to Colorado for years to see the mountains, hit the slopes and take in the culture. Since the legalization of marijuana Colorado’s already booming tourism industry has hit an all-time high” according to NeverGetBusted.com.

How to See Ganja Grows in Colorado 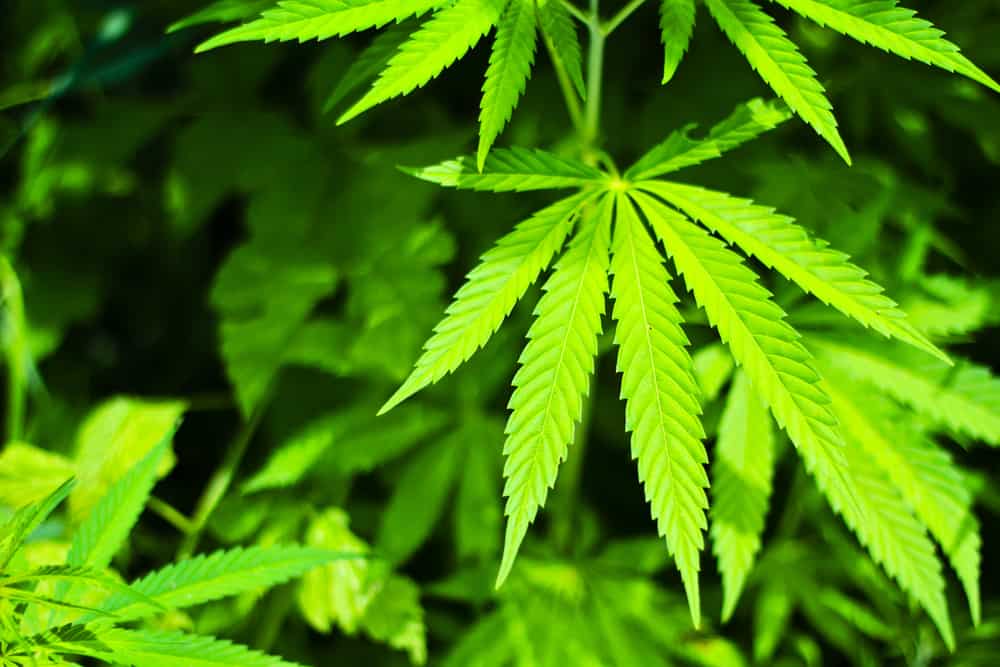 Touring the recreational marijuana scene in Colorado isn’t exactly the same experience as wine tasting while visiting the vineyards in Napa Valley. A ganga grow is not like a winery or brewery. You can’t tour them, you can’t hang out at a grow and get high. “Letting lots of tourists into the grow area itself would contaminate the cannabis” explained Mr. Hempseed. Grow tours at the end of a long afternoon visiting dispensaries are a bit of a boring buzz kill when you’re really high according to The Cannabist. “If you want to see and learn about how marijuana grows the best way is to personally know a local who is growing their own” says Mr. Hempseed.

Kevo didn’t have any specific grow tours to recommend either and also suggested getting to know the growers personally if you want to learn their secrets. Kevo also pointed out that lots of growers like to keep their warehouses secrete or at least on the down low since lots of warehouses have been robbed. Kevo suggested checking out 420tours.com if you really need to nerd out on how your nuggets are grown and if you don’t know any local growers.