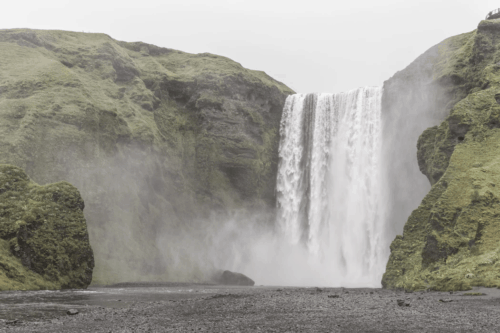 We’ve said it before, and we’ll say it again: Marijuana smokers are some of the most creative people on the planet when it comes to devising ways to get their fix. People build bongs out of snow, fruit, mannequin heads, and old video game controllers. What other culture goes to such great lengths to add some spice to their smoking? Certainly not the tobacco smokers who’ve stuck stoically to the cigarette and the pipe since…well, forever. How boring. 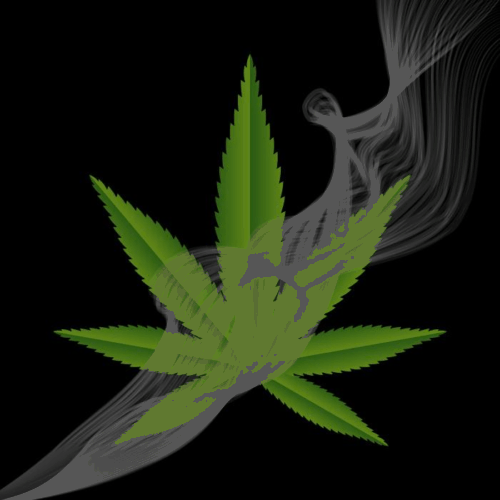 If you’re looking for a novel way to get your ganja on, why not try the gravity bong. Sure you’ve smoked a joint, toked on a bong, and took a drag from a blunt, but have you ever let gravity do most of the work? Of course not.

But what exactly are the different types of gravity bongs? How do they work? And should you make your own or buy a professionally-produced model? This article will answer those questions.

How To Make Your Own Bucket Gravity Bong

There are actually two different types of gravity bongs: the bucket bong and the waterfall bong (hence the picture of the waterfall at the beginning of this article). The bucket bong is perhaps the most well-known of the gravity bongs. It can be built in various sizes depending on the size of your chamber and the size of your water container. We’ll describe the most common build and you can scale it up or down as necessary.

Here’s what you’ll need to get started:

First, fill the bucket with water until it’s about an inch from the top. Next, drill a hole through the pop bottle cap. You’re going to insert the stem of your bowl through this hole and you want it to be as near airtight as you can get. Because of that, make sure that the hole isn’t too big nor too small.

Now insert the stem of the bowl through the hole you just drilled. You may have to use some force and/or turn the stem as you push it through the hole. That’s okay. Remember, we want a tight fit between the cap and the stem. Alternatively, you could apply a small amount of olive oil or coconut oil to the stem to help ease insertion.

We didn’t mean that to sound dirty, but it kind of does, doesn’t it? Heh, heh. Happy coincidence. What did Freud say about the subconscious? Guess he was right. We say embrace it and go all in. So here’s what you do: rub some cannabis lube on the stem to make it slide right in. Dirty is fun, isn’t it? We could go on for days, but we digress…

We tend to stay away from sharp things when we’re high (and sober, really) for obvious reasons, so maybe do the cutting before you burn a blunt. That’s a public service announcement from your Uncle HM. You’re welcome.

Next, pack the bowl/cap combination with your favorite strain of marijuana. It doesn’t take very much to get really high using a gravity bong so we recommend 0.4-0.5 grams of the good stuff.

Holding your packed bowl/cap in one hand, place the empty pop bottle into the bucket of water so that only the opening and a bit of the bottle are above the water. Carefully screw on the bowl/cap combo. You’re ready to go!

How To Use A Bucket Gravity Bong

So you’ve got your gravity bong assembled. While you hold the bottle in the water with one hand, find your lighter with the other.

Once you’ve burned all your marijuana or the bottle has been raised almost out of the water, it’s time to prepare for the next step. You’ll need both hands for this so put down your lighter. 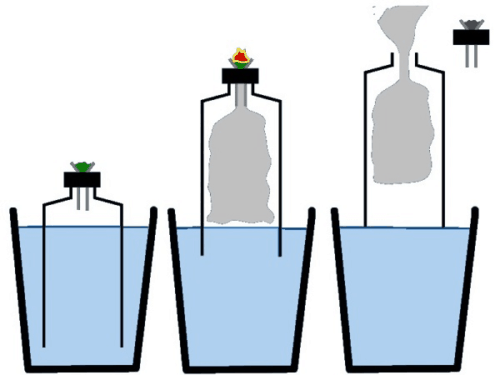 That’s a bucket gravity bong in a nutshell. If you feel like you need another hit, repack the bowl, put the bottle back in the water, and start again.

You can also try a slightly different technique where, instead of inhaling as you push the bottle down, you just keep your mouth over the opening and let the smoke push into your mouth (There it is again! Why does everything sound dirty today?) until the bottle is all the way down.

This compresses the smoke into a smaller container (that’s your mouth, by the way). When you’ve reached maximum compression, inhale the compressed smoke—you may get some water but that’s okay.

The two methods are slightly different but you may prefer one over the other. Give them both a try.

How To Make A Waterfall Gravity Bong

First, poke or drill a hole in the bottom of the pop bottle. The hole should be as close to the center as possible and should be small enough that you can completely cover it with the tip of a finger. That said, don’t make the hole too small or it won’t allow enough water out to pull all the smoke into the chamber.

Next, drill a hole through the pop bottle cap. You’re going to insert the stem of your bowl through this hole and you want it to be as near airtight as you can get. Because of that, make sure that the hole isn’t too big nor too small.

Now insert the stem of the bowl through the hole you just drilled. You may have to use some force and/or turn the stem as you push it through the hole. That’s okay. Remember, we want a tight fit between the cap and the stem. Alternatively, you could apply a small amount of olive oil or coconut oil to the stem to help ease insertion. Dirty, dirty, dirty!

That’s pretty much it for construction. Now you’re ready to smoke.

How To Use A Waterfall Gravity Bong

Once you’ve constructed your bowl/cap combo, go ahead and pack it with your favorite bud. You’ll need two hands for the next step, so set the bowl/cap aside in such a way that your weed doesn’t fall out of the bowl.

Next, plug the hole at the bottom of the bottle with one of your fingers. Then fill the bottle with water. The water doesn’t have to be all the way to the top but it should be fairly close.

Put the cap on the bottle and hold the whole contraption over a bucket or sink. If you’re outside, you can skip this step and just let the water spray everywhere (Dirty, dirty, dir…okay, our editor is telling us to get our mind out of the gutter and quit pointing out the dirty talk. Fine. Ruin all our fun.).

Alternatively, you could stand over some flowers or plants or an empty birdbath and recycle that H2O. Might as well be environmentally conscious while you’re getting high.

Light the weed in the bowl and remove your finger from the hole at the bottom. This allows the water to drain out and pulls the marijuana smoke into the bottle. When all the water has drained from the bottle, put your finger over the hole in the bottom to keep the smoke from escaping. 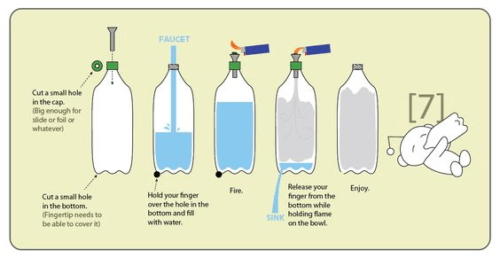 If you want to save your smoke for later, you could put a piece of tape over the hole to keep everything in. We’ve never done this and we’re not quite sure why you would want to (toke it while it’s fresh, we always say), but maybe you’re making gifts for your wedding party or something.

We don’t know. We’re sure you’ve got your reasons. Crazy person’s choice.

Benefits Of The Gravity Bong

One of the main benefits of using a gravity bong—be it of the bucket or waterfall variety—is that you can conserve your cannabis better than with a joint or a regular bong. It doesn’t take much bud (0.4-0.5 grams) to make lots of smoke.

And the way the gravity bong is constructed keeps the smoke from escaping into the ambient air. That’s just not possible with a joint or a water pipe that has multiple openings.

Should You Buy A Gravity Bong Or Make Your Own?

As you can see, making your own gravity bong is pretty easy. It doesn’t require a lot of supplies and only takes about 10 minutes to produce. That said, DIY-gravity bongs are not the prettiest things to look at. Nor are they the longest lasting pieces of equipment.

Professionally-produced gravity bongs are often made from glass, can be very attractive, and last a heck of a lot longer than the plastic contraptions described above. It’s very much similar to the difference between making your own regular bong out of household materials or buying a glass bong that looks more like a work of art than a way to get high.

Additionally, the experience of getting your hits through a gravity bong is different than the more traditional joint or bong. Because of that, it might not be for everyone. We suggest making your own gravity bong first before dropping serious coin on a professionally-produced set. See how it works and if you even like the results. If you do, chuck the plastic stuff and go glass.