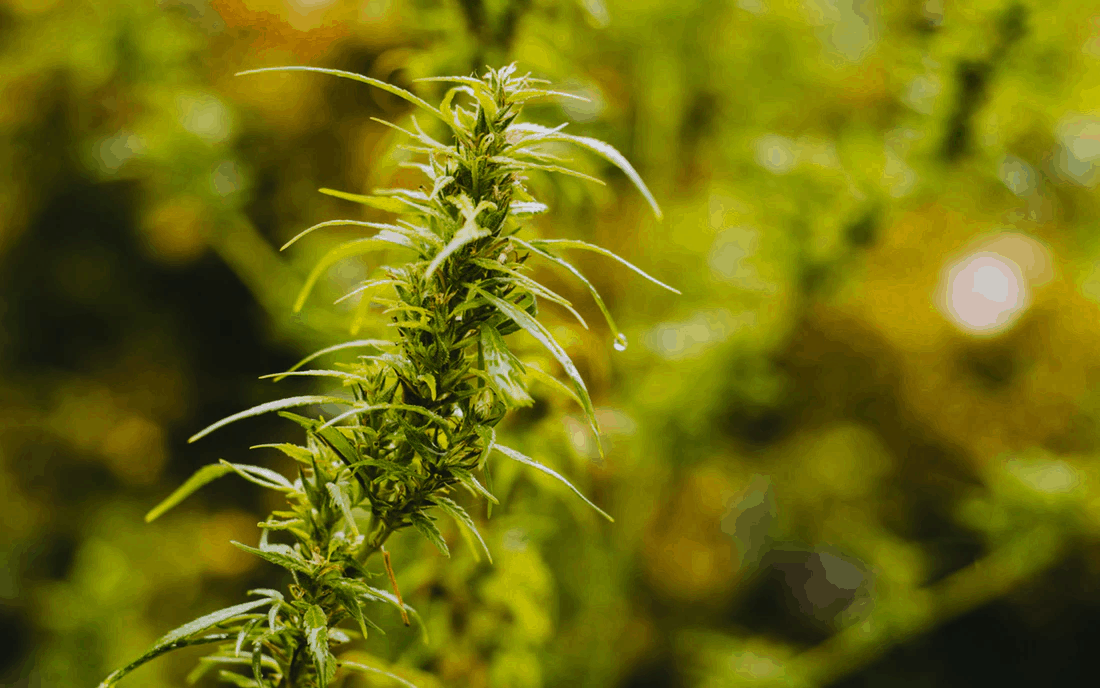 High CBD/Low THC marijuana strains are becoming ever more popular as doctors and patients alike discover the myriad medicinal benefits that this type of cannabis has to offer.

Despite this rise in prevalence, though, many still don’t fully understand what makes a high CBD/low THC strain so valuable. That’s why the all-things-cannabis experts at Honest Marijuana are here to help.

In this article, we’ll tell you everything you need to know about high CBD/low THC strains and give you a list of some of the best varieties for you to try.

We’ll start by examining the chemical makeup of the cannabis plant so you know what’s going on when you inhale or ingest a marijuana product.

Cannabinoids are chemical compounds that act on the cannabinoid receptors in your brain (CB1 and CB2).

There are three distinct classes of cannabinoids:

Endocannabinoids occur naturally in your body — bet you didn’t know your body did that! — but they’re present in such low doses that they don’t produce the recreational or medicinal effects everyone’s looking for.

The two most well-known phytocannabinoids are CBD and THC, but others include:

So, put simply, cannabinoids are the things that make marijuana the wonder drug that it is. They’re the chemicals that get you high, relieve your pain, and take the edge off your anxiety.

Let’s focus on the two main cannabinoids, THC and CBD. 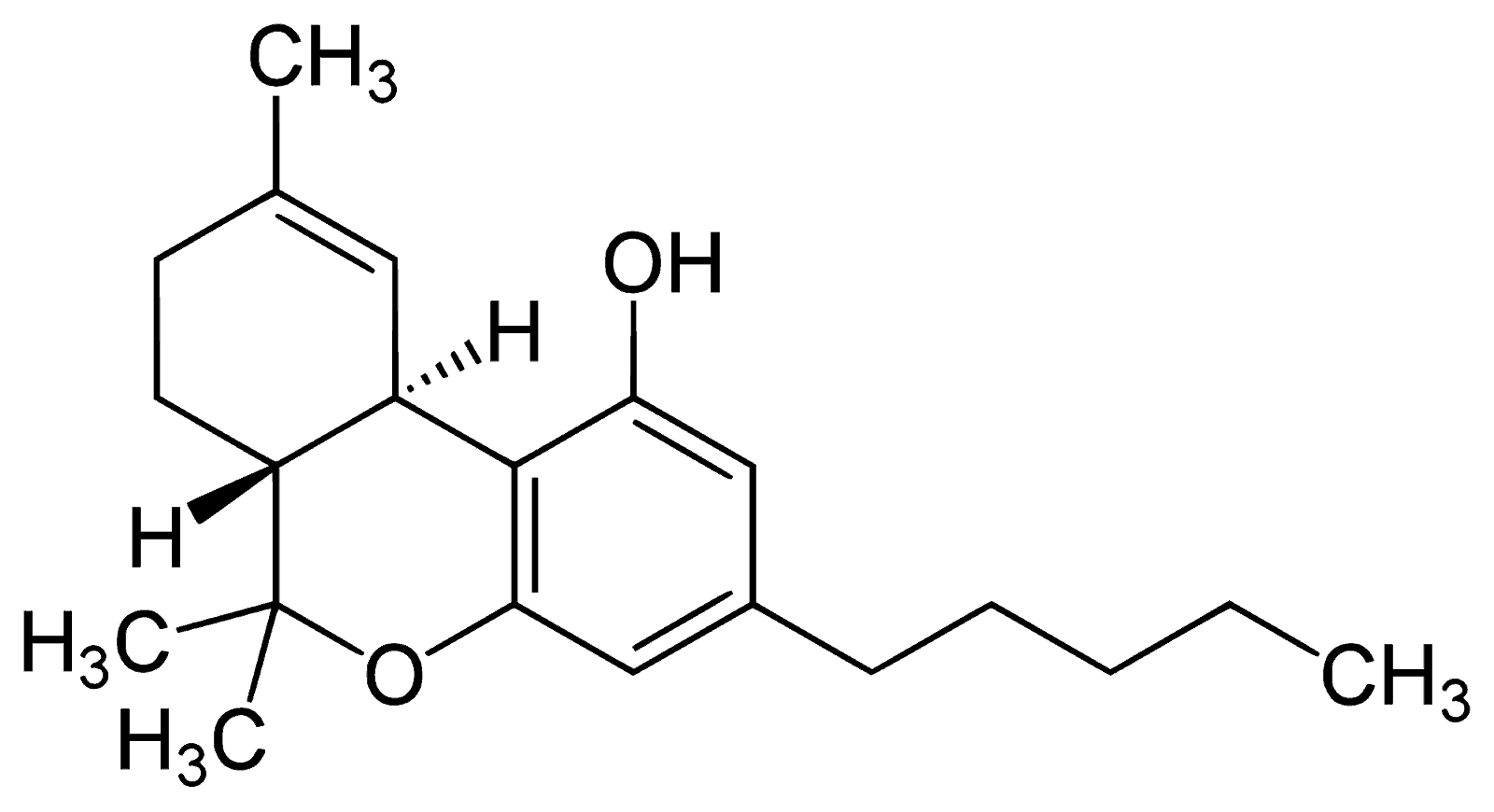 Its full name is Delta-9-tetrahydrocannabinol, but everyone just calls it THC.

THC is the cannabinoid that has given marijuana its reputation. It’s the chief psychoactive ingredient and is responsible for marijuana’s ability to alter your perception, mood, and consciousness.

But THC also has some unique medical effects. In addition to its psychoactive properties, THC also: 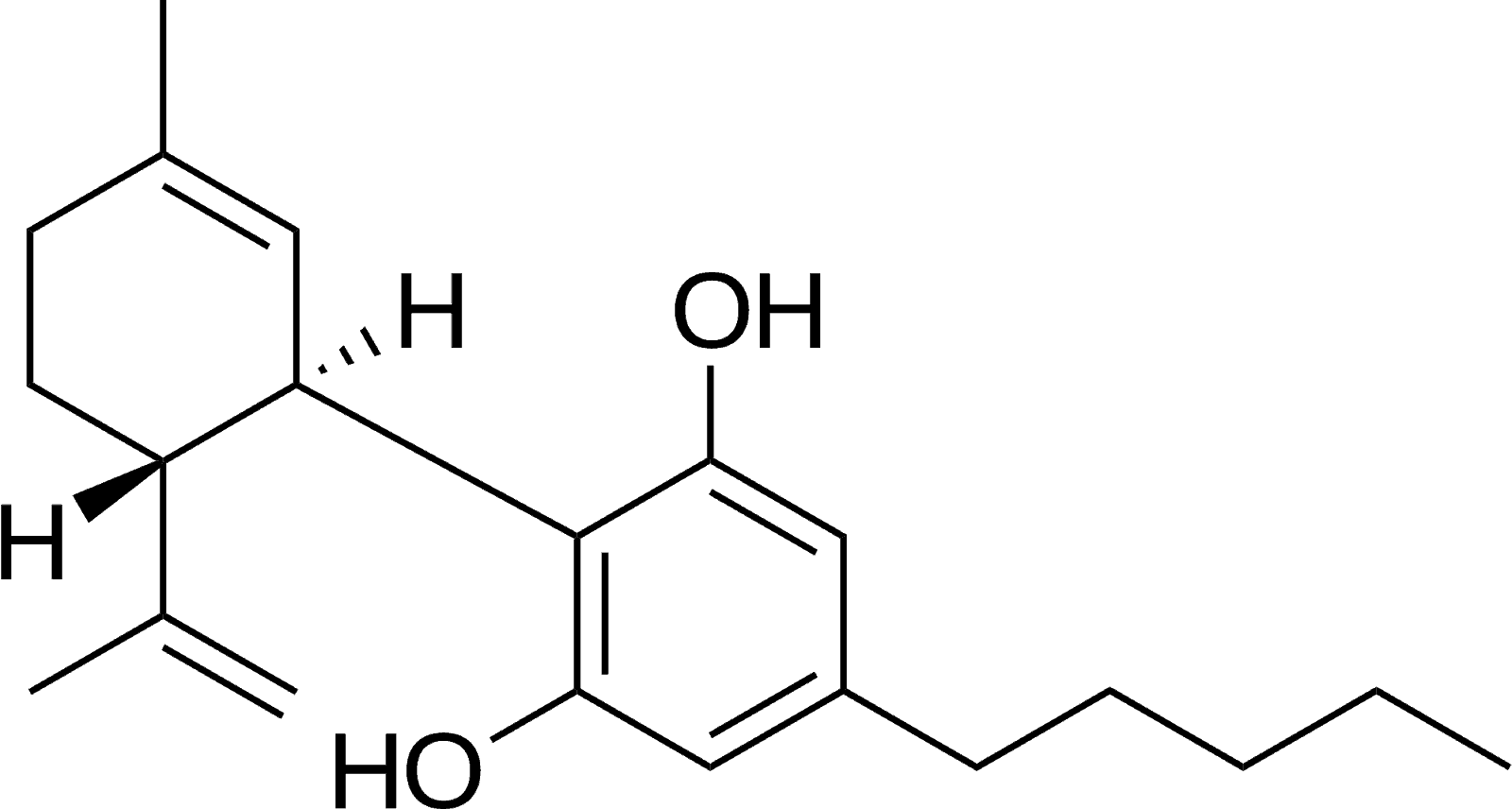 CBD is the second most well-known cannabinoid right behind THC. CBD has gained notoriety in recent years thanks to the myriad beneficial medical effects it offers.

First and foremost, CBD is non-psychotropic, meaning that, unlike THC, it won’t directly alter your perception, mood, or consciousness.

But what it lacks in psychoactive effects, it more than makes up for in medicinal effects.

Chief amongst those medicinal effects are: 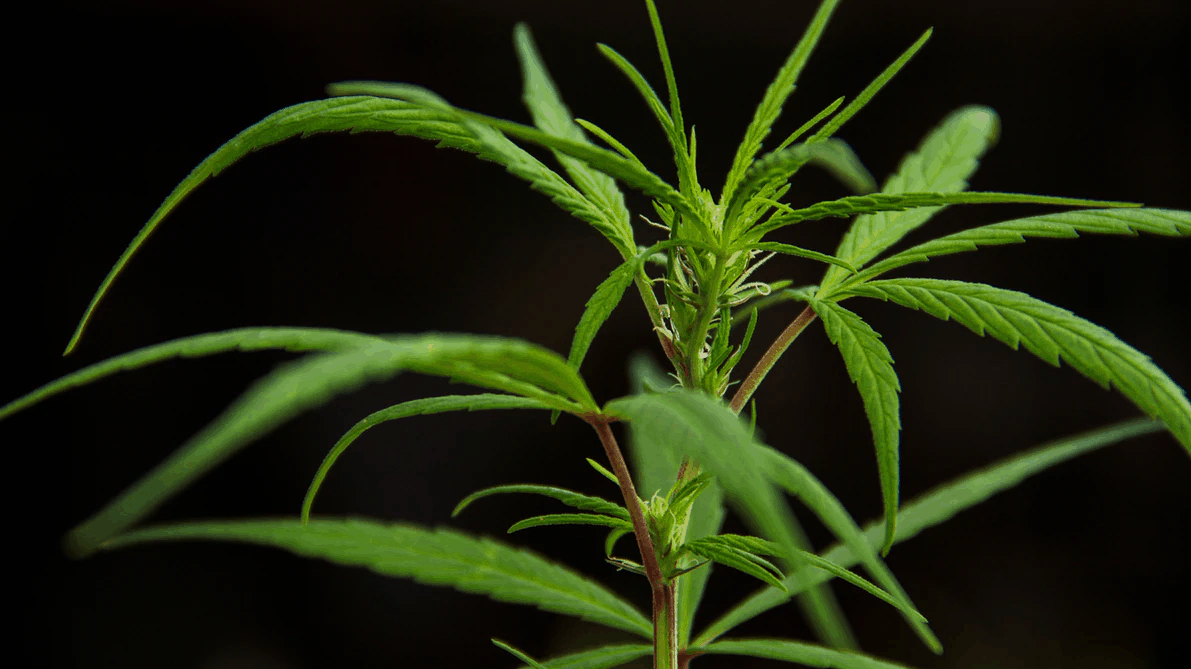 Every marijuana plant contains a combination of cannabinoids (usually referred to as a percentage of 100).

For example, Sour Diesel contains 19-24 percent THC. The other 75 percent of the chemical makeup includes CBD, CBN, CBG, and the other 109 currently known cannabinoids.

In a strain like Sour Diesel, the “other” cannabinoids (CBD, CBN, etc.) are usually below 10 percent. That makes Sour Diesel a high THC/low CBD strain.

Reversing that logic, then, a high CBD/low THC strain is one in which the CBD cannabinoid is present in much higher concentration than the THC cannabinoid.

Will High CBD/Low THC Strains Get You High? 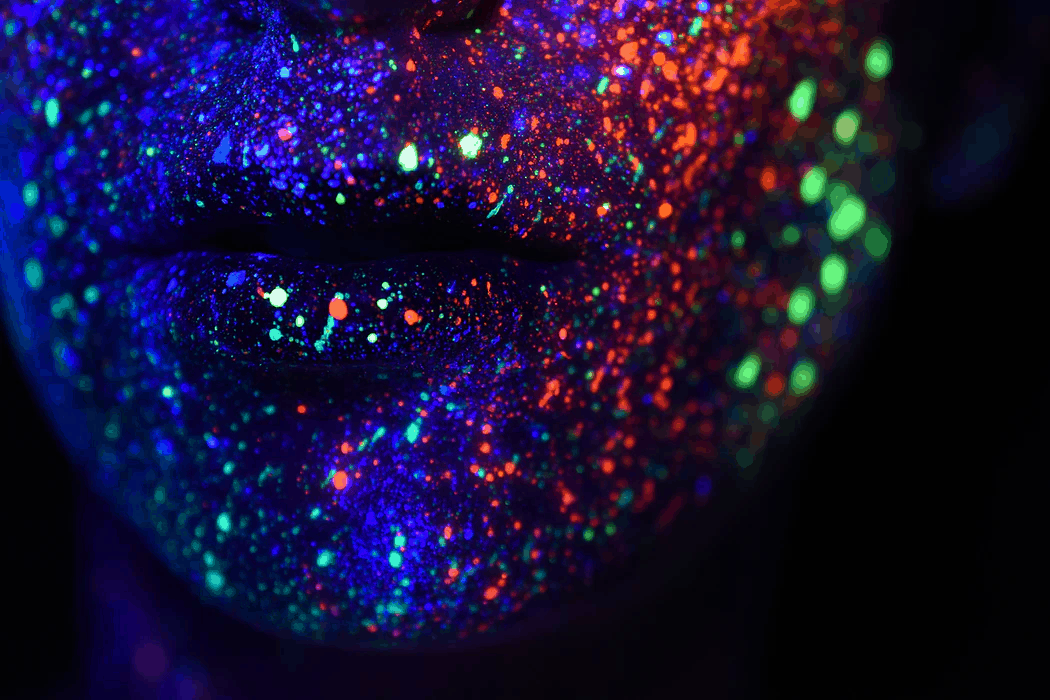 The simple answer is…no, not really, but maybe. It depends. Why all the waffling?

Whether or not you get high depends on a number of factors, including:

Obviously, if you partake of a high CBD/low THC strain, the likelihood that you’ll experience a psychedelic effect is extremely low (almost zero).

But if it’s your first time dating Mary Jane, you might feel a few waves of psychedelia.

Those feelings won’t be anything near as potent as if you’d ingested even a normal strain of cannabis, and they won’t last long because your body will metabolize the low dose of THC pretty quickly.

As you’ll see on the list below, most high CBD/low THC strains contain less than 10 percent THC. THC in this concentration will affect only the most sensitive among us, so there’s really no reason to worry that you’ll somehow be hearing colors and seeing sounds.

Now that we’ve introduced you to the cannabinoids CBD and THC and put your worries to rest (you won’t feel much, if anything, in the way of a psychedelic high), let’s turn our attention to the best high CBD/low THC marijuana strains available today. 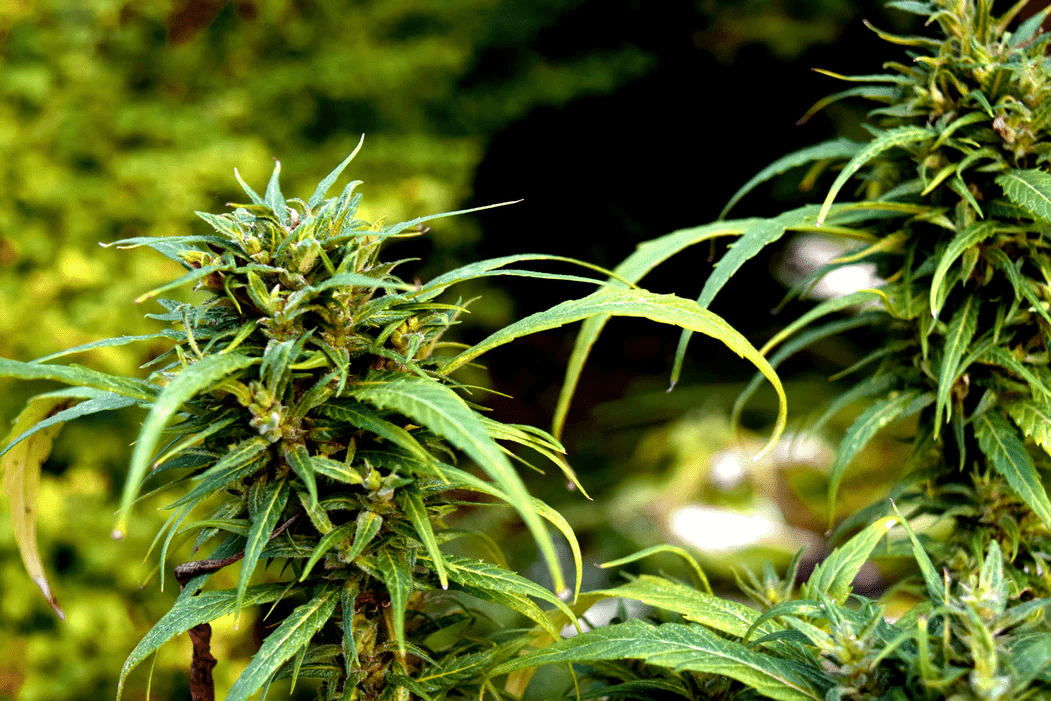 Charlotte’s Web is the most famous high CBD/low THC strain thanks to its 30-to-1 CBD-to-THC ratio and its ability to treat:

Ringo’s Gift — named after cannabis advocate Larry Ringo, not Beatles’ drummer Ringo Starr — is a cross between other high CBD/low THC strains Harle-Tsu and ACDC (both also on this list).

Ringo’s Gift clocks in at 20 percent CBD and delivers a soothing and relaxed body feel with a mild, focused mental high.

The Harlequin strain traces its roots back to Nepali Indica, Thai, Swiss, and Colombian Gold varieties.

The 15 percent CBD and low THC (2 percent or less) in Harlequin produce a relaxing effect without the sedative and intoxicating effects common to strains with higher THC levels.

Because of fairly equal cannabinoid concentration, Cannatonic produces mild effects and is flexible as both a medicine and a recreational strain.

Thanks to its parentage — Sour Diesel and NY Diesel — Sour Tsunami’s 11 percent CBD and low THC (anywhere from 10 percent down to one percent) are great for treating a wide variety of ailments, including:

At a whopping 22 percent CBD and one-percent THC, Harle-Tsu (a combination of Harlequin and Sour Tsunami) is perfect for daytime use.

Its minimal psychoactive effects and major painkiller properties mean you can take it to treat PMS, PTSD, migraines, and depression and still report for work without worrying that you’re going to say or do something that makes you look silly.

As an offspring of Sour Tsunami (this time with Cannatonic), Canna-Tsu is a more balanced high strain than some of the other entries on this list.

While the CBD hovers around 10 percent, the THC varies from five percent to eight percent, so you might feel more psychedelia than you would with other high CBD/low THC strains.

ACDC is becoming popular among cancer patients for treating the effects of chemotherapy. The high 20 percent CBD ratio is also excellent at reducing pain and anxiety.

Disorders that respond well to ACDC include:

Warlock boasts an almost one-to-one CBD-to-THC ratio, but it’s still considered a high CBD/low THC strain because, at 13 percent, the CBD content is much higher than normal.

Zen is one of the lower high CBD/low THC strains on this list (at only 9 percent CBD), but it works wonders at treating stomach and digestive issues such as anorexia, nausea, appetite loss, and Crohn’s Disease.

No clowns or red balloons here. Pennywise gets its name from parents Harlequin and Jack the Ripper (don’t ask us how) and produces a mental clarity that is both functional and enjoyable at any dose.

Pennywise is another high CBD/low THC strain that works wonders treating epilepsy and other palsies.

As with all things marijuana — especially the medicinal kind — we recommend choosing quality over quantity.

High CBD/low THC strains are great for those suffering from a wide variety of disorders, but they’re even better when they’re grown organically without fertilizers, pesticides, and harsh chemicals.

Plus, with a good quality, organic, high CBD/low THC strain, you’ll likely need less to experience the same effects — a little will go a long way.

Talk to the budtenders at your local dispensary and find out what they recommend. If you live in Colorado, find some Honest Marijuana and discover what the purest marijuana experience on the planet feels like. You won’t be sorry.