For decades, if not centuries, smoking was the best, most convenient method of reaping the benefits that marijuana had to offer. Joint or bong—it didn’t really matter. Smoking and marijuana went hand in hand. Then, just 16 short years ago, dabbing exploded onto the scene and with dabbing comes honey oil.

If you’re not familiar with the process, dabbing involves vaporizing a marijuana concentrate and then inhaling the resultant fumes. And while that may not sound much different than the smoking that preceded it, dabbing was a giant leap forward in the consumption of cannabis products.

Dabbing was a revolution in the world of weed because of one little word: concentrate. And no, that’s not the verb that means to focus. Rather, it’s the noun that means a stronger, more potent version of the original.

Dabbing usually involves shatter or wax. But these novel forms of marijuana have to come from somewhere. That somewhere has become known, among other things, as honey oil. 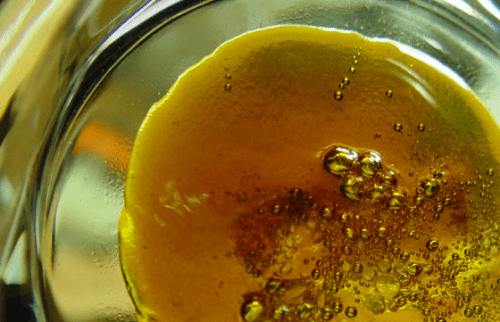 What Is Honey Oil?

Honey oil is the non-technical term (pot culture has a lot of those) for hash oil. Hash oil became known as honey oil because the concentrate has the amber color of, you guessed it, honey.

So what makes honey oil so great? Again, it goes back to the word concentrate. Really good raw marijuana that you smoke typically contains 20% THC. That’s plenty of THC to send you on a truly righteous journey. But take that same marijuana, run it through an extraction process, and the resultant concentrate (hash oil or honey oil) can have upwards of 80% THC content. 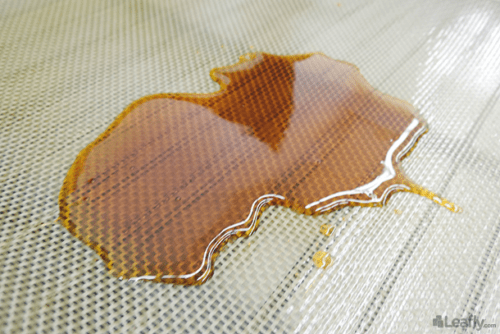 What Do You Use Honey Oil For?

Honey oil is really only used for one thing: to make shatter and wax. These are the two forms that are most readily useable in the dabbing process. Think of honey oil as a transition phase between the bud you smoke and the stuff you dab. Shatter and wax are really just cooled and dried forms of the honey oil.

At the most basic, shatter is a marijuana concentrate with all of its molecules stacked one on top of the other (like a wall). Because of that molecular arrangement, shatter is often translucent and exhibits peanut-brittle-like characteristics. 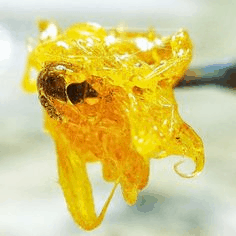 Wax, on the other hand, is that same marijuana concentrate with its molecules in a jumbled mess (like a pile). Because of that molecular arrangement, wax is often opaque and exhibits coconut-oil-like characteristics.

How Do You Make Honey Oil? 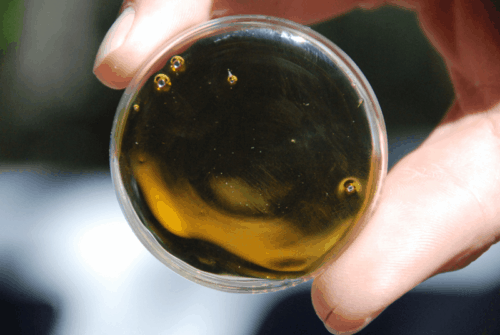 Honey oil is most typically made through a process called solvent extraction. This just means that some solvent (like isopropyl alcohol, chloroform, or carbon dioxide) is pushed through the marijuana plant matter to strip away the trichomes and other chemical goodies. When the “stripping” process is complete, the solvent is removed leaving the THC, CBD, CBN, terpenes, and flavonoids behind.

The nice thing about the extraction process is that it can be performed on all manner of marijuana plant matter. You can take your trim, your shake, even your cast-off material, run it through an extraction process, and come up with some pretty good honey oil. 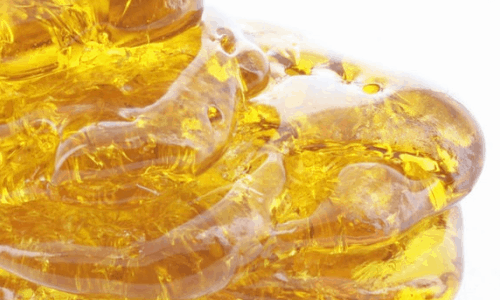 The most common solvent is butane so you’ll often hear people refer to butane extraction. After “blasting” the butane through the marijuana material, the butane is allowed to evaporate leaving behind butane hash oil (or BHO).

We’re not going to go into the details of butane extraction here because butane is a highly-flammable chemical. Misusing it in a DIY-attempt to make your own honey oil can result in serious injury and even death. It’s better to let those with plenty of experience do the deed rather than try it yourself and explode something.

There is also a heated debate about whether honey oil made with butane is 100% safe for consumption. Butane is, after all, a dangerous substance and even trace amounts of it can be left in the oil when the process is complete. Are there drawback associated with consuming this butane? The jury is still out.

To put that in perspective though, you might be inhaling small amounts of butane when you smoke using the traditional bong. That disposable lighter you use to apply flame to your bud? It uses butane as fuel. Chances are, trace amounts (we’re talking on the molecular level) make it through the flame and wind up in the smoke you’re inhaling. 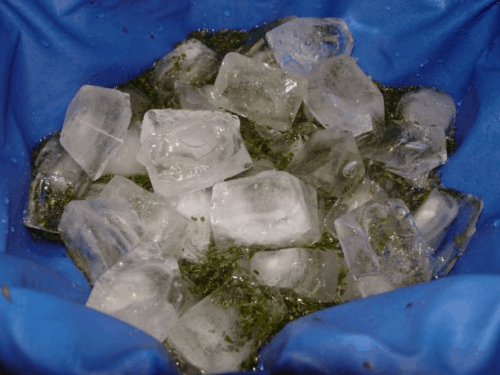 Ice water extraction is done by adding marijuana plant material to ice cold water. The low temperatures make the resin glands more susceptible to separation from the leaf material. Then, by agitating the mixture, you can cause the denser-than-water resin glands to drop away from the plant to the bottom of the solution.

When agitation is complete and all the resin glands have been extracted from the plant, the THC-laden solution is filtered leaving behind the honey oil. Granted, it’s a bit more complicated than we’ve described here, but you get the idea.

Ice water extraction uses only natural materials, is extremely clean, and yields a pure product with no chemical residue. It may be a bit more labor-intensive, and take more time, than butane extraction, but for purity and peace of mind, it can’t be beat.

According to Alan Shackelford, MD, “There’s very good evidence that smoking marijuana doesn’t harm the lungs…” But, as mentioned, no one is 100% sure that concentrates produced with solvents (like butane) are completely safe. They just haven’t been around long enough, and there haven’t been enough clinical studies, to make claims one way or the other.

Concerns have been raised over the “cleanliness” of the butane used in the production of honey oil. Most butane sold for disposable lighters is only about 80% butane and can contain thiols, sulfur dioxide, and other chemicals.

There’s also the purity of the original product to consider. According to Dr. Bob Melamede, associate professor of biology at the University of Colorado and the president/CEO of Cannabis Science Inc., “If you have contaminants (e.g., pesticides, herbicides, fungi) on your plant, they’re going to come off in the extract. Then, when you evaporate the solvent, you’ll actually be concentrating those things—that’s the real danger.”

Dr. Melamede urges everyone to buy only from verified sources. “You have a whole spectrum of unscrupulous people out there who are going to do whatever to try to make money. I personally wouldn’t use any cannabis product if I didn’t know who produced it and/or hadn’t had it properly analyzed.”

Should You Try Honey Oil?

So find a reputable source, like Honest Marijuana, and give dabbing a try. If you don’t like it, you can always go back to the joint or the bong.