It’s been only almost six years since the first week of November 2012, when Colorado and Washington became the first two states in the Union to legalize recreational marijuana. It’s been only four-and-a-half years since December 2013/January 2014, when public sales of the wacky weed weren’t a criminal offense. Oh, how far we’ve come in such a short amount of time. 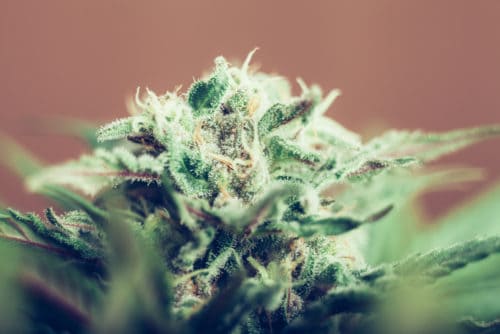 The states that have taken steps to legalize public pot sales can offer a whole list of benefits. The states—and the federal government—that haven’t decriminalized recreational and medical marijuana, are still holding tight to a list of disadvantages.

What are those pros and cons? Honest Marijuana has compiled the most common legalization of cannabis pros and cons here in one place for your edification.

The Pros Of Marijuana Legalization

Before you transform into an angry troll and start yelling at us, “What about X?” or “What about Y?”, please understand that this is not an exhaustive list of the legalization of cannabis pros and cons. It is merely a collection of the most common arguments used to support or oppose the legalization issue.

Many of the benefits below, which were once only theoretical, have since been proven true in the states that have gone all-in by legalizing both medical and recreational marijuana sales and use.

1) Dismantling Of The Black Market

For decades, the black market was really the only place to find marijuana. Sure, your friend’s brother always seemed to have some on hand, but where did he get it from?

The legalization of marijuana either put them out of business or made them go legit. Now, the black market is almost completely gone. Cannabis dispensaries are registered with the state. They are regulated. They are taxed. And that’s good news for everyone involved…except the bad guys, of course. 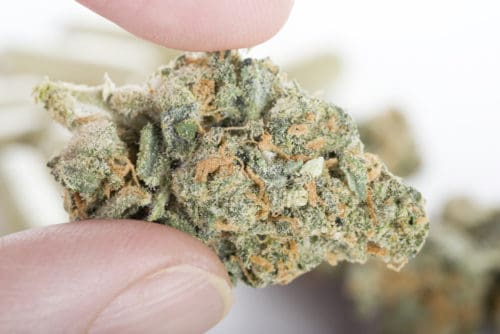 As the recent fentanyl-laced-heroin problem brought to light, there is really no way for end users to know exactly what they’re getting when they purchase marijuana off the street. Legalizing marijuana, on the other hand, immediately creates a set of standards for quality and safety control.

We’ve seen how this can work in the alcohol and tobacco industries, and it will certainly transfer into the marijuana industry. Now, users will know they’re getting exactly what they’re paying for. Nothing more, nothing less.

Improved quality and safety control also translates into less of a burden on the medical system. There is less of a risk of serious problems occurring due to overdoses on unknown substances hidden in the marijuana that is sold on the streets.

One of the biggest pros that have come from the legalization debate is that of increased tax revenue. To illustrate the point, legal sales of cannabis products amounted to $996 million in 2015. That’s almost a billion dollars spent!

And the tax revenue collected off those sales was equally as staggering—$135 million. That money can be used to fix roads, fund public projects, improve schools, hire more police and firefighters…the list goes on and on. 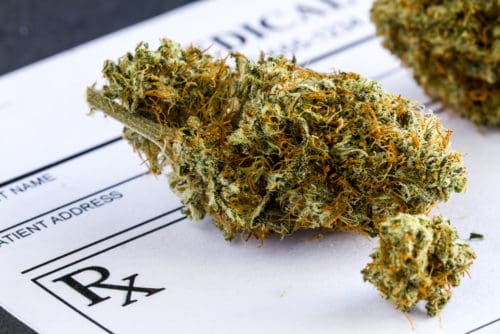 Medical marijuana (both THC and CBD) has been proven to treat a wide array of “untreatable” conditions including:

Making medical cannabis products available would mean improved public health and less of a drain on the healthcare system. That would result in more public funds being available for roads, schools, and other public safety initiatives.

Gang-related drug violence is still a very real part of life in many urban areas around the country. But the legalization of recreational marijuana would remove one of those sources of dispute.

In the states where marijuana is completely legal, those who encounter injustice of some type can now turn to the police and the court system rather than turning to vigilantism. That benefits not just their safety, but the safety of the public at large who were often innocent victims of gang-related drug violence. 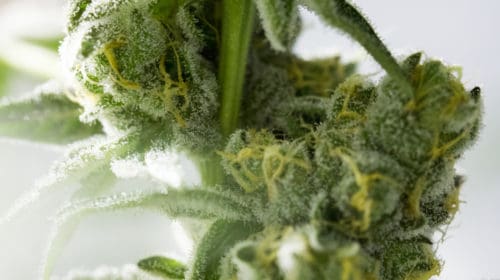 Legalization of medical and recreational marijuana would do two very important things:

Better funding means more individuals to handle the load. And more time means more attention paid to preventing violent crimes. Too often, both the police and the court system are overwhelmed with handling individuals brought in for simply possessing marijuana.

The problem was, under the law, those individuals had to be treated as though they were carrying meth, heroin, or cocaine. That flooded the court system and overcrowded our prison system. Legalizing marijuana would relieve the pressure on these already-overworked public servants.

The Cons Of Marijuana Legalization

Again, this is not a comprehensive list of the cons of marijuana legalization. It is simply the most common arguments used to oppose the legal sale and use of cannabis products.

Many of these cons—like addiction and gateway-drug status—are still being studied. As a result, the jury is, in effect, still out on whether they are valid claims or not.

Scientists are still divided on the subject of addiction. Some claim cannabis is not as addictive as harder drugs like crack and meth. Others claim that one in ten marijuana users develop dependence over time.

They point to the fact that stopping marijuana cold turkey will lead to withdrawal symptoms like irritability and anxiety. The same, however, could be said of cigarette smoking (which is legal). More research will need to be done to determine if marijuana is truly as addictive as the opponents of cannabis legalization claim.

2) Second-Hand Smoke Could Become A Problem 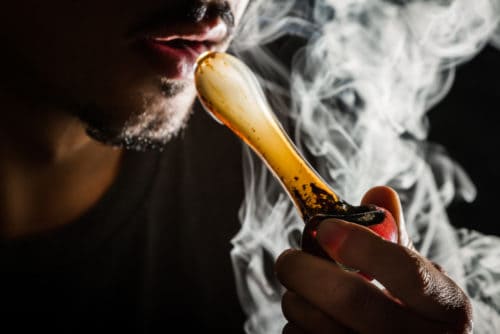 We’re all familiar with the debate involving the negative health effects of second-hand smoke from cigarettes. The same debate swirls around cannabis smoke.

Could second-hand smoke from marijuana cause non-smokers to have lung problems? Can they accumulate THC in their bloodstream? Will they experience a contact high? These questions are still being studied to determine the efficacy of the opponents’ claims.

Opponents of legalized recreational marijuana like to point to studies that show that marijuana smokers suffer from everything from restricted blood flow to the brain, to memory loss, to the increased likelihood of schizophrenia and depression.

But science is still not completely certain about these assertions. The schizophrenia and depression issue is particularly cloudy because researchers don’t know if the drug itself triggers the problem or if cannabis users use the drug to alleviate and deal with the symptoms.

4) Marijuana Users’ Lungs Are At Risk 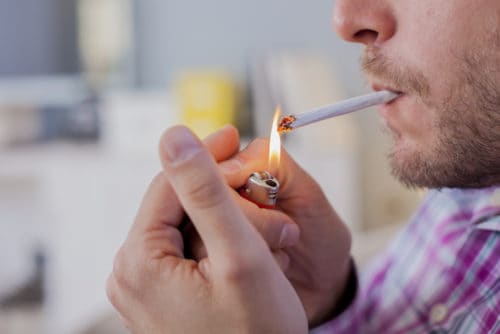 This deeper, longer exposure to carcinogens can increase the likelihood of lung cancer. The theory, though, does not touch on the different frequencies with which cigarette and marijuana smokers partake. Nor does it take into account the alternate methods of administration like vaporizing, tinctures, and edibles.

So as more and more states legalize marijuana in one form or another, the question on everyone’s mind has changed from, “Is marijuana legal in my state?” to, “What kind of trouble can I get in if I drive while high?”

At Honest Marijuana, we take safety very seriously. It’s never OK to operate a motor vehicle of any kind if your ability to do so is impaired. It puts your life and the lives of other drivers, passengers, and pedestrians at risk. Don’t do it.

If it impairs your ability to drive, it is illegal for you to be driving, even if the cannabis is prescribed by a doctor or legally acquired.

States use various terms to refer to driving while intoxicated (be it from alcohol, marijuana, or even prescription medication) including, but not limited to:

These classifications often refer to the escalating seriousness of the infraction. For example, in Colorado, DWAI is driving after consuming a substance that affects you to the slightest degree so that you are less able to operate a vehicle (either mentally and physically) when compared with ordinary, unimpaired, operation.

DUI, on the other hand, is driving after consuming a substance that affects you to a degree that you are substantially incapable of operating a vehicle safely. In this case, DUI is more serious than DWAI and carries a stiffer penalty.

Penalties for driving under the influence (regardless of the substance consumed) vary from state to state and are subject to the judge’s discretion, but usually involve some combination of:

The real kicker comes if you are charged in a state where marijuana is still illegal. Not only will you be charged with the DUI, DWI, or DWAI, but you will also be charged with possession of a Schedule 1 controlled substance (a felony).

Penalties for possession are much more serious. For example, in Kentucky, first-time offenders can receive 2-10 years in prison and a fine of up to $20,000.

An important factor to keep in mind regarding DUI and marijuana is that, right now, there is no scientific field test to determine whether a driver is high—there is no breathalyzer for marijuana.

All the tests are a combination of subjective behavioral analysis (recite your ABCs, determine the number of quarters in $1.75) and physical requirements (balance on one foot for 15 seconds, close your eyes and touch your pointer finger to your nose).

The only numerical measure of impairment requires a blood test (states have arbitrarily set 5 nanograms as the cutoff for blood THC levels). And even that is not an accurate measure of impairment for all individuals. Some people can be severely impaired well below that number, while others show no signs whatsoever at much higher levels.

6) Marijuana Is A Gateway Drug 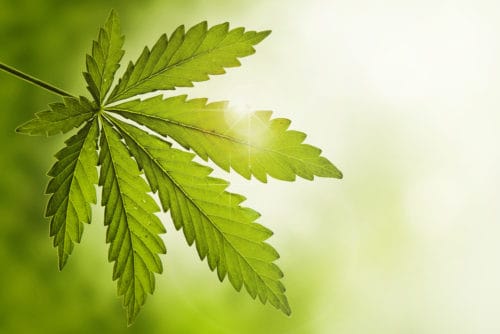 Marijuana has long been considered a gateway drug. It is thought that once a person tries marijuana, he is more susceptible to trying harder, more dangerous drugs. Specialists like to point to research that suggests that using marijuana might be linked to more serious illegal substances like heroin and prescription painkillers.

Legalizing marijuana would increase the number of individuals who try marijuana and then, eventually, move onto harder drugs. This could put more financial pressure on the medical system and the public coffers to provide treatment for these individuals when they have serious problems.

Legalization Of Cannabis Pros And Cons Continue To Grow

As more and more states move to legalize recreational and medical marijuana, the list of pros and cons grows as well. So regardless of where you stand on the issue, it’s good to know what the other side thinks.

At Honest Marijuana, we’re all for the complete legalization of marijuana at both the state and federal level. But we don’t hold it against you if you feel differently. That’s your right, and it’s what makes this country truly great — we can all have a different opinion.

Next time you’re in our neck of the woods, stop by. We’ll smoke a doobie and discuss the legalization of cannabis pros and cons in more detail.