Marijuana And Depression: Is Cannabis The Cure?

Perhaps you’re sick or scared of the potential side effects of using prescription pills to manage the painful symptoms of your depression and you’re ready to try something green for your blues. But what’s the deal with dope and depression? There’s certainly a lot of confusion about the relationship between the two.

You may be wondering if people who use cannabis are at a higher risk for depression? “Will I need cannabis all the time in order to feel happy if I start using it to treat my depression? Will it become a crutch? Does marijuana have negative long term effects on my brain?” You probably don’t want to deal with any potential psychological addiction to marijuana any more than you want your body becoming addicted to prescription pills. Marijuana can certainly make many people appear depressed if you don’t look at the relationship between the two closely enough. 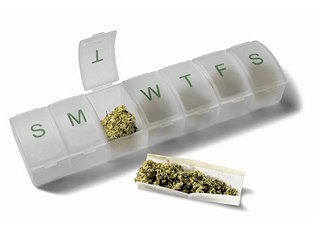 One study from Australia in 2002 found that women who used marijuana daily were five times more likely to experience depression and anxiety compared to other women who didn’t get high. A landmark and controversial study conducted in Baltimore from 1980 to 1996 found that people who didn’t have any previous depression issues developed thoughts of boredom and suicide after “abusing” cannabis.

The National Organization for the Reform of Marijuana Laws, NORML’s interpretation of the Baltimore study completely clashes with that of The Harvard Medical School however. NORML pointed out that the correlation between marijuana usage and depression wasn’t statistically significant and pointed out that respondents “who used cannabis once per week or less had less depressed mood.” A more recent study from December of 2014 found no association between long-term cannabis use and depression. Furthermore, the most recent landmark study from researchers at Buffalo University in February of 2015 found that cannabis may actually be useful in reducing depression that results from chronic stress. Many doctors recognize that people who use cannabis to alleviate feelings of despair, sadness and even suicide “may appear depressed as a result of the dulling effects of the drug on feelings and emotions.” 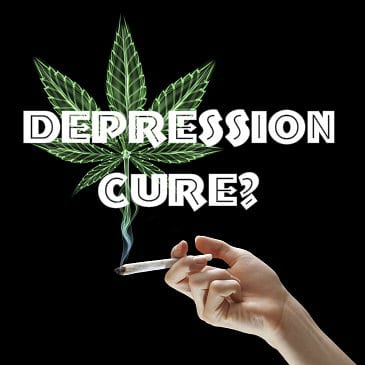 A patient of the legendary medical marijuana pioneer, Dr. Lester Grinspoon, reported that “although they don’t know it, my family actually likes me better when I’m stoned than when I’m taking lithium or not taking anything.” The husband of another of Dr. Grinspoon’s patients, who never used cannabis himself claimed that “She requires it, or, I swear she’d be institutionalized just like her father.” Another of his patients described how she had to re-arrange her entire value system and was willing to face legal persecution for her plans to grow pot for her 20-year-old son after she observed first hand and then researched online how cannabis relieved her son’s potentially violent depressive mania. 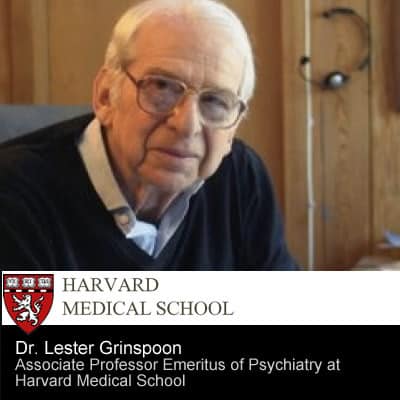 Ganja therapy is great for depression. However it’s important to take your medical marijuana with a good dose of education if you’re new to cannabis or your THC tolerance is low. THC can potentially compound your depression with a bit of temporary, completely avoidable anxiety if you take too much.

It’s also important to remember that ganja therapy is not a substitute for actual therapy with trained specialists if you have the time and money for it. There’s no substitute for ganja therapy combined with actual therapy according to many seasoned stoners either. “There’s nothing better than getting high before, after and even during a therapy session if at all possible. Getting high and researching depression online is the next best thing” according to Harrison Tesoura Schultz co-founder of a marijuana legalization movement in New York City known as Occupy Weed Street. We highly recommend finding a 420 friendly therapist for yourself by reaching out and saying hi(gh) to organizers from your local NORML branch who should be able to get you in touch with a seasoned stoner shrink. 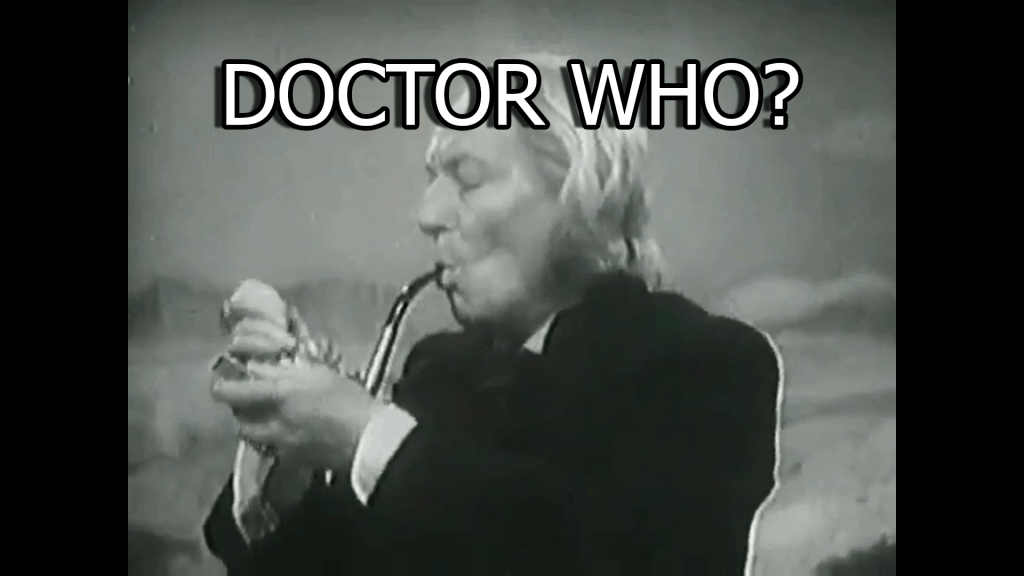 An Endocannabinoid Understanding of Depression

“Chemical imbalance is sort of last-century thinking. It’s much more complicated than that,” according to neuroscientist Joseph Coyle of Harvard Medical School. You don’t need to be a brain surgeon or neuroscientist to understand that chronic stress and chronic depression stick to one another better than peanut butter and jelly. 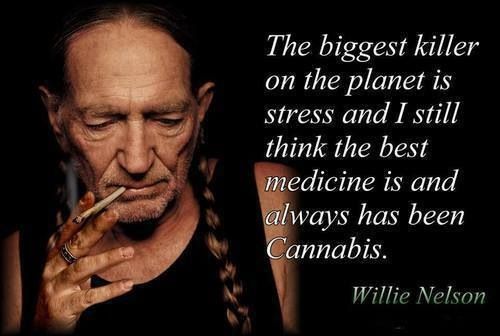 However, it’s still vital for your overall health to understand the dangers that depression poses to your brain. Research shows that the amygdala, the thalamus and the hippocampus are the areas of the brain that play the most significant role in depression. These are the three key areas that our brains use to process our emotional lives and together they comprise the limbic system.

Experts believe that stress contributes to depression by suppressing the production of new nerve cells specifically in the hippocampus. Research has shown that women who have had more bouts of depression had smaller hippocampuses on average than women who have experienced fewer bouts of depression. The hippocampus is critical to converting short-term experiences into long-term memories. Stress-related damage to this area of the brain can therefore coincide with pain and frustration when it comes to moving on from traumatic memories in order to make new memories out of fresh experiences much like in the movies Memento and Fifty First Dates. 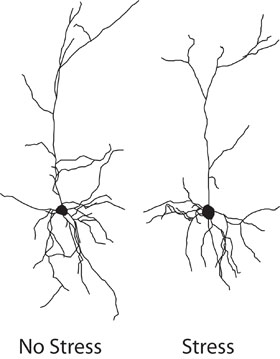 The uplifting news however is that the hippocampus is able to produce new neurons to repair damaged nerve cells thus increasing the number and the rate of exchange of information between neurons and therefore stimulating fresh emotional experiences through a natural process called neurogenesis. Prescription antidepressants, serotonin reuptake inhibitors or SRIs have been shown to boost neurogenesis. Experts are now beginning to suspect that neurogenesis has more to do with alleviating depression than balancing serotonin levels does. This is why the idea that depression is caused by chemical imbalances is so last century as you may recall. The other problem is that SRI’s boost neurogenesis over the span of weeks and moreover have also proven ineffective in stimulating neurogenesis in the brains of mice when their hippocampuses were subjected to chronic stress. 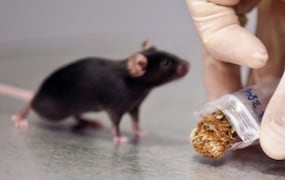 The most recent rat studies from 2014 on the stoner science of depression have shown, not surprisingly that chronic stress also reduces the production of endocannabinoids such as anandamide potentially causing symptoms of depression. The same studies also showed that administering marijuana cannabinoids to the rats increased their natural endocannabinoid levels strongly suggesting that cannabinoids are ideal for treating depression by stimulating neurogenesis. 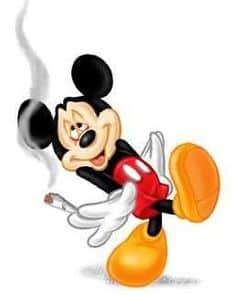 An earlier study from 2012 demonstrated how mice who were exposed to cats by truly sadistic scientists demonstrated fewer long-term, debilitating signs of fear and anxiety after they were given CBD. Men who had been administered THC and then asked to mimic happy and fearful facial expression were much less capable of mimicking fearful expressions, but were able to perfectly copy happy facial expressions according to a study on humans from December of 2013. 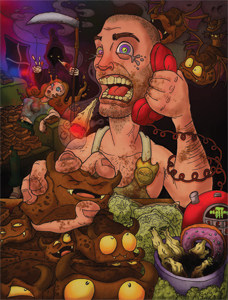 Cannabis is one of the few illicit drugs that boosts neurogenetic brain cell growth which coincides with less negative bias in emotional processing. However it has also been shown to be biphasic meaning higher doses can also contribute to anxiety whereas lower or appropriate doses tend to alleviate stress. The endocannabinoid system has to relax its control over the higher functions in the periaqueductal grey (PAG) and the mid centers of the brain which are associated with pain modulation, reproductive pleasure, vision, hearing, motor control, alertness, body temperature regulation and respiration, in order to exert more control over stress-activated in the limbic system. Too much THC, over activating the CB1 receptor and stimulating the PAG and midbrain areas will according to theory remove emotional inhibitions opening the gates in your brain to receive more stress, fear and anxiety which you obviously wouldn’t want to have happen but which you can easily avoid with a little education.

Selecting The Dopest Strains For Depression

If you don’t want to trigger any unwanted anxiety, stick with strains that have just a little bit more THC than CBD in them. Leafly.com suggests sticking with sativa-dominant hybrids with tempered THC effects such as Blue Dream, a very well regarded, staple strain for treating depression according to many seasoned and green stoners alike. Leafly also specifically suggests classic sativas and hybrids such as Jack Herer, named after legendary cannactivist and author of The Emperor Wears No Clothes, as well as the strain popularized by the film Pineapple Express since these strains are both high in the terpene limonene which is ideal for mood elevation. Also try Harlequin which is another safe strain to start with if you’re worried about triggering anxiety while suppressing your depression. 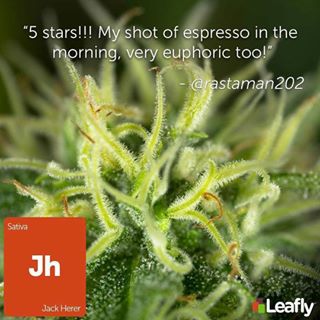 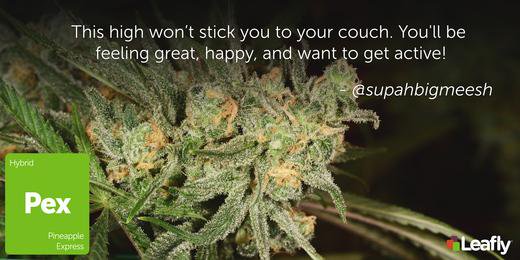 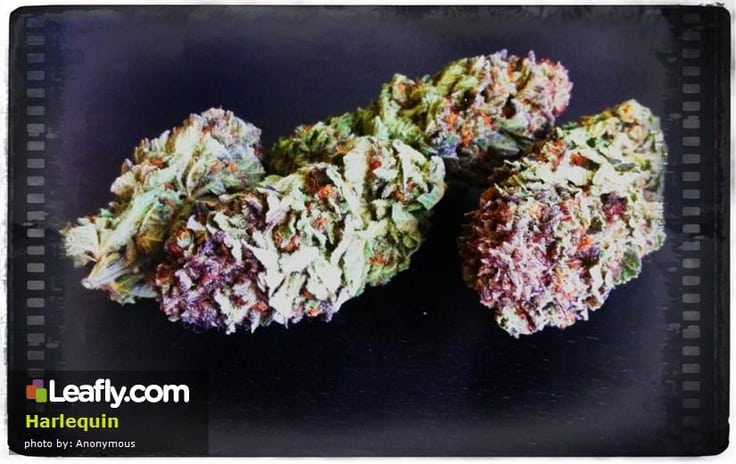 We also strongly suggest that you mix up your marijuana consumption and experiment with additional strains to help you cultivate the specific kinds of activities and long-term behaviors you’d rather be focusing on instead of your trauma. Leafly suggests sativas and hybrids rich in the pinene terpene which can help promote focus. Try some Cannatonic, which is also good for anxiety-related depression, Cinex if you’ve lost interest in hobbies you love and XJ-13 which is well suited to daytime use if you’re looking for strains to supplement your abilities to focus on fun! 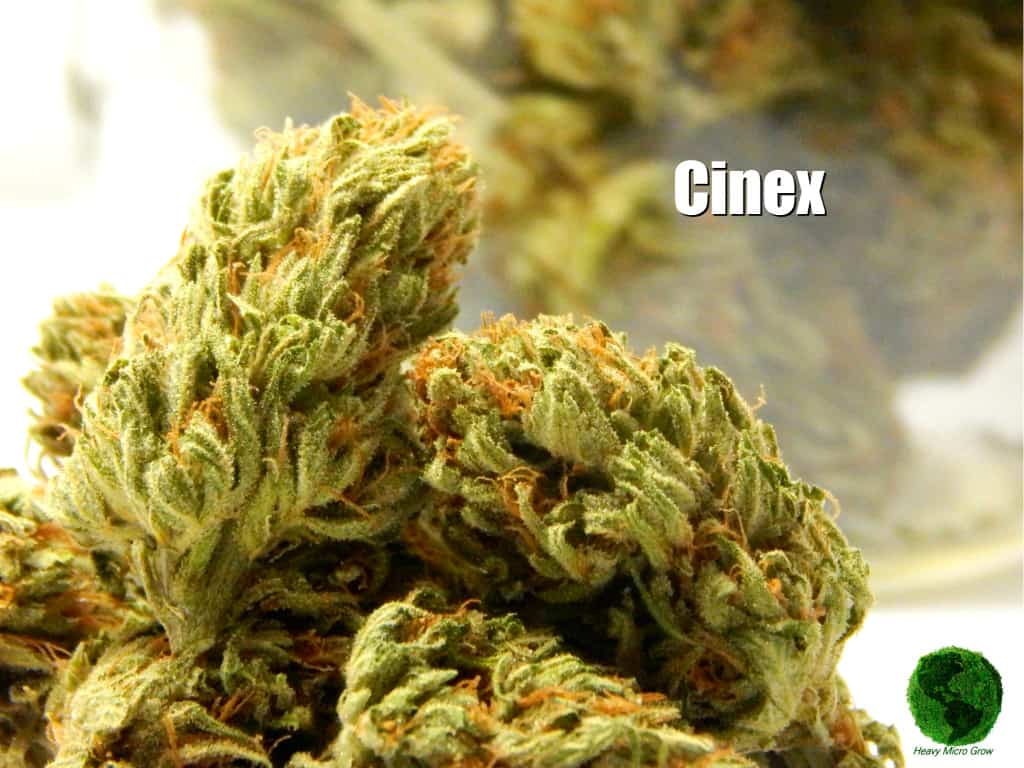 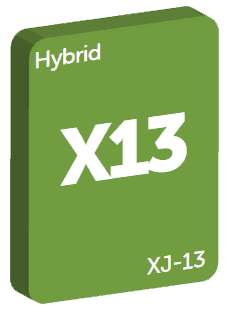 Done With Depression Because of Weed!

Don’t be fooled by old, misleading studies on dope and depression. Cannabis can certainly help you effectively take care of depression. The latest research suggests that stress reduces the amount of endocannabinoids in your system which coincides with a reduction in the size of your hippocampus which is crucial for processing positive experiences into long-term memories. The right amount of THC will help alleviate your depression, however too much THC could trigger anxiety, which you can always alleviate or mitigate with strains rich in CBD cannabinoids. Start experimenting with mellow doses of THC with sativas and hybrids rich in the limonene terpene to elevate your mood and the pinene terpene to help you with your newfound focus.