The unexpected trend of individual states legalizing marijuana and removing recreational marijuana laws shows how grassroots political will can make an impact, in spite of opposition from large corporations and the federal government. The triumph is renewing faith in the democratic process as much as it is replenishing local tax revenues.

“Records show, every time you get marijuana on the ballot, you get a 1 to 2 percent jump in turnout” according to Nevada State Senator Richard “Tick” Segerblom, who’s state, according to Nerdwallet.com, has $36,100,059 in tax revenue to glean from regulated and taxed marijuana. 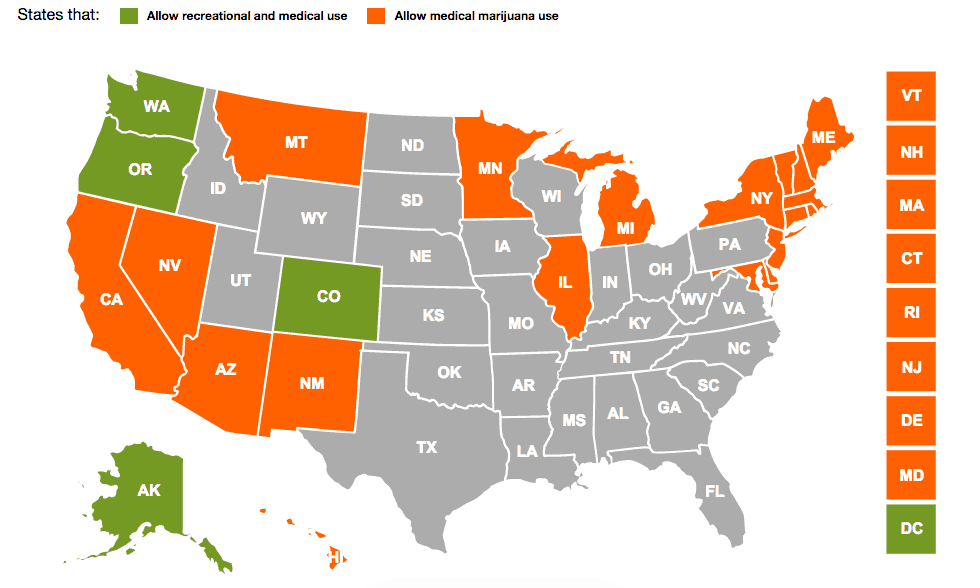 Apparently people power still works when it comes to legalizing pot!  The key reason why recreational marijuana was legalized in Alaska, Colorado, Oregon, Washington, Washington D.C. and why it is more likely to be legalized in Nevada, Massachusetts and Arizona where The Marijuana Policy Project is supporting an uphill battle, as opposed to states like New York in the next year is because the former states have direct ballot initiatives that allow referendums on popular issues such as marijuana legalization if enough signatures can be collected. New York and many other states do not. New Yorkers along with the citizens of 28 other states will have to wait for their state legislatures, if not for Federal courts, to enact full recreational marijuana legalization.

The “dopest” thing about the direct democracy approach that many states are taking toward marijuana legalization are the high returns to their communities from regulating and taxing recreational marijuana.

Nerdwallet estimates that Arizona and Massachusetts would respectfully glean in $70,208,995 and $81,533,976. Arizona’s ballot measure would raise $40 million for schools specifically according to the Marijuana Policy Project.

“The total market value of all states legalizing marijuana would top $36.8 billion if the legalization trend continues to the point that all 50 states legalize recreational marijuana. — more than $3 billion larger than the organic food industry”, according to The Huffington Post. The recreational cannabis industry will be worth a bit less than the $38 Billion of the Newspaper industry but worth much more than the $10 Billion National Football Association by way of comparison. 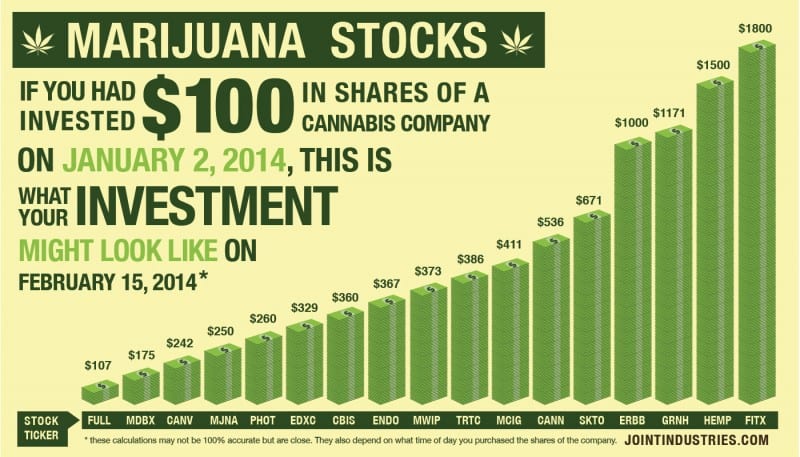 Recreational cannabis legalization in Colorado has demonstrated that marijuana legalization can be a virtuous circle in which local governments, school systems and infrastructures earn some much-needed tax revenue for essential social services while we get to enjoy the surprising health benefits of cannabis as individuals. So where’s the downside? Why hasn’t marijuana been legalized yet?

New York is a clear illustration of law enforcement unions and pharma interests funding politicians who support the War on Weed. Support for recreational cannabis among the people of NY is as high as 57%. The New York Times even called for the end of national pot prohibition. 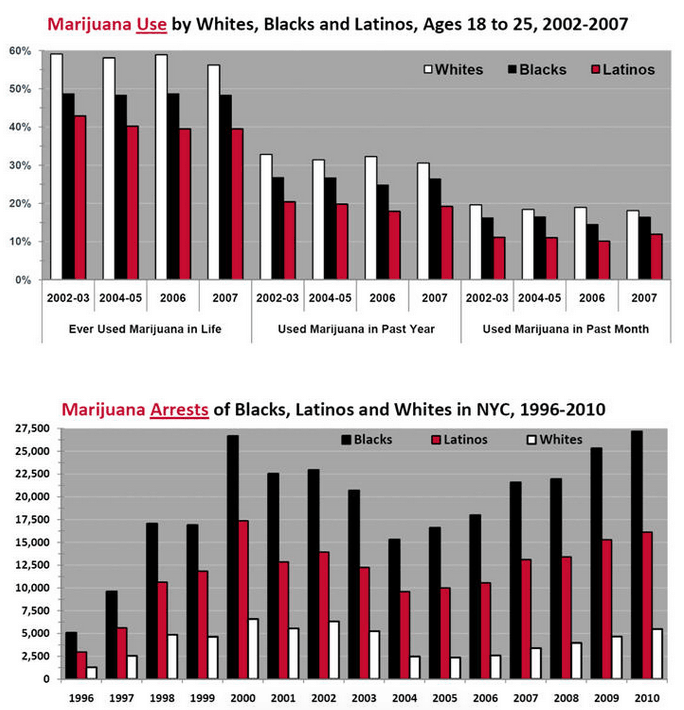 Regulated and taxed marijuana could spawn a growth industry in New York, and potentially create over $400 million in tax revenue for the city, according the city’s comptroller’s office.

However, The ACLU estimates that New York State spent $680 million on costs associated with locking up predominantly young men of color for minor marijuana possession offenses in 2010 alone. Queens College Sociologist Harry Levine estimates that marijuana possession arrests cost New Yorkers $75 million dollars a year. Have you ever wonder if marijuana arrests have anything to do with why your rent is really going up if you live in NYC? 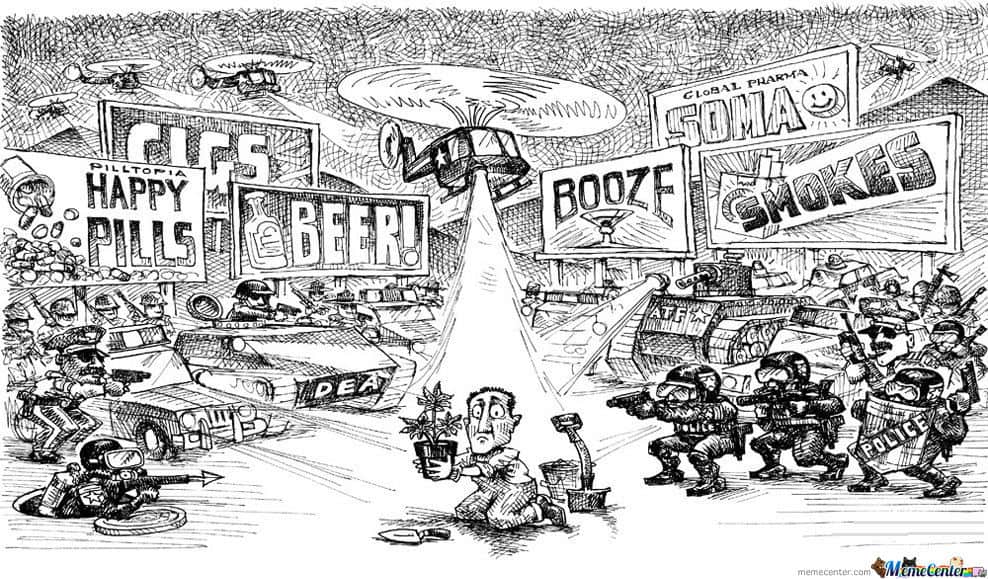 One of the real reasons why marijuana is still illegal is because it helps the private prison industry which is already estimated at $70 billion according to the Corrections Corporation of America (CCA). In addition, the recreational cannabis industry would put competition on the global pharmaceutical and domestic alcohol industries estimated respectively at $300 Billion and $400 Billion. 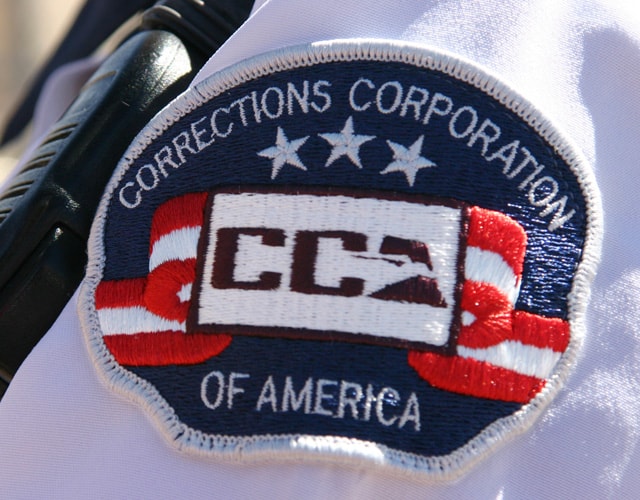 The CCA’s estimation of the private prison industry’s worth already doubles ArcView Group’s projections of $36.8 billion if recreational marijuana were to be legalized in all 50 states…which it won’t be if CCA and GEO’s lobbyists have their likely say in state and federal legislative assemblies. 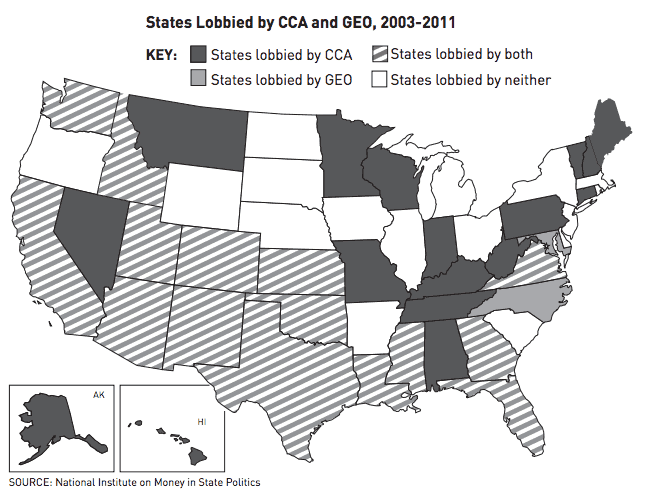 Private prisons owe their origins to the post-Civil War Jim Crow South, but they would never have become profitable were it not for President Ronald Reagan, who was even more draconian than President Nixon when it came to escalating the domestic war on drugs.

Reagan’s Congress created mandatory minimum prison sentences for drug crimes including possession of small amounts of marijuana in the 1980s and the federal prison population grew exponentially. Reagan’s administration gave the CCA their first contract in 1983.

The institutionalization of mandatory minimum sentencing stressed state and local corrections facilities to their limits and catalyzed an explosion in the private prison industry which also provides cheap labor to produce all of the helmets, uniforms, dogtags, ammo-belts, body armour and much more equipment and supplies for the military industrial complex.

The Highest Office in the Land

Reagan’s successor, President George Bush Senior, didn’t depart from his demigod’s policies on pot. Neither did President Bill “I didn’t inhale” Clinton. George W. Bush and Dick Cheney were so tight with the CCA that they actually appointed its General Council of the CCA to a to a lifetime appointment on the U.S. District Court for the Middle District of Tennessee.

The trend toward private prisons and big pharma hasn’t slow down during President Barack Obama’s presidency either. However the President does deserve credit as an “enabler” of marijuana legalization for not spending a lot of Federal resources to oppose decisions made by individual states. Though President Obama has not officially endorsed marijuana legalization.

Barack Obama’s presidency demonstrates that the extent to which the trend of individual states to legalize marijuana can be expected to continue depends heavily upon who our next President of the United States of America will be.

Marijuana legalization will be a huge issue the upcoming 2016 election, yet if you do your homework you will quickly notice that there isn’t a single mainstream political candidate that has endorsed regulated and taxed marijuana.

Rick Perry has allowed marijuana decriminalization in his state of Texas and supports the rights of states to decide for themselves, even though he doesn’t support marijuana legalization himself. Rand Paul supports banking access for cannabis industry companies. Even popular Democratic contenders like Bernie Sanders is an entire step completely behind the clear majority of Americans who support recreational marijuana legalization. And Hillary Clinton has actually taken funds from the CCA and GEO.

The Next Trillion Dollar Industry?

While the leading candidates in the 2016 Presidential Election don’t show much hope for legalization of marijuana, the recent trend of states who have legalized the drug and reaped the benefits provides hope. Despite competing interests from large corporations, if marijuana were to be legalized, it could turn the recreational marijuana industry into a boom, and provides states with an influx of tax revenue in the process.