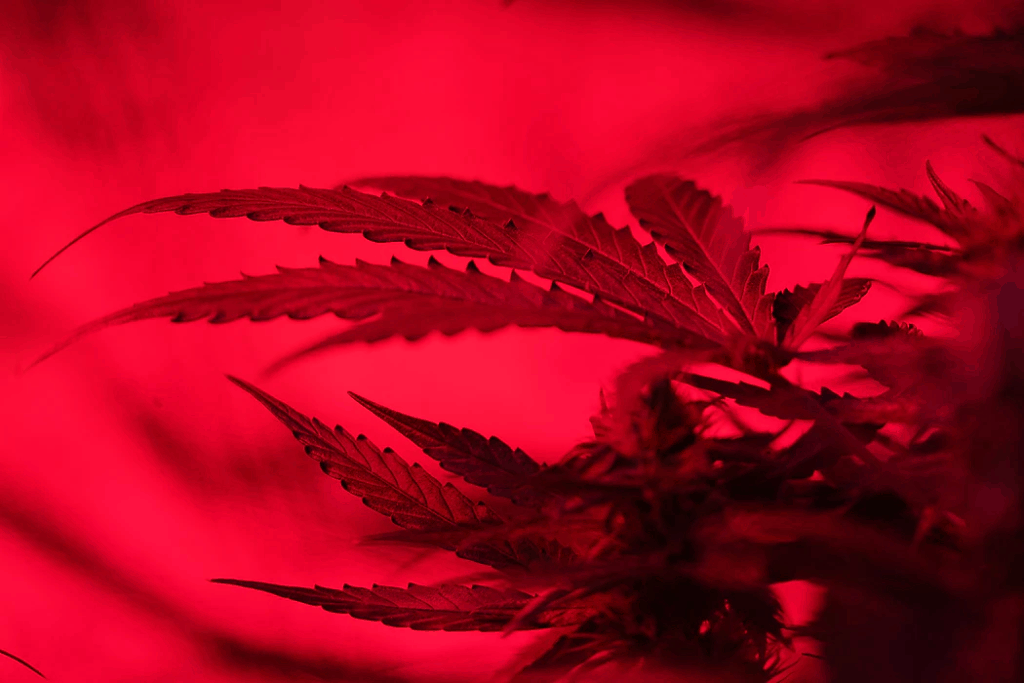 Curious about red weed? You’ve come to the right place.

Colored weed of any kind — we don’t discriminate — is a novelty that can add to the fun and excitement of your next smoke sesh.

But is there any benefit to consuming red weed exclusively?

In this article, we answer that question and discuss the factors that affect cannabis coloring. We also give you tips for manipulating bud color in your own grow operation.

What Is Red Weed? 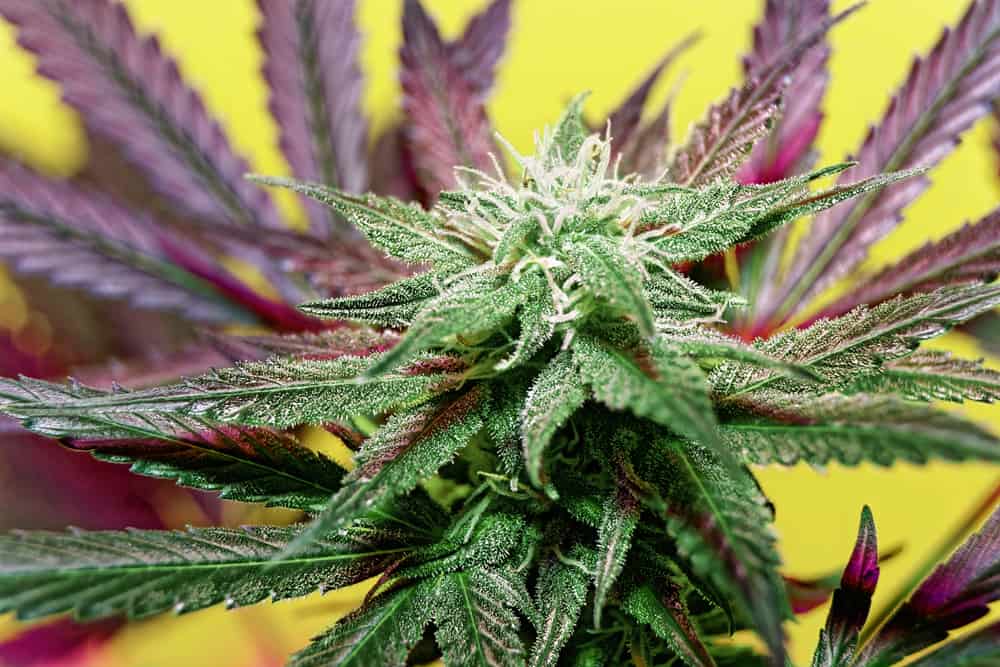 Left to its own devices, cannabis will grow green just like most other plants. But under the right circumstances — either natural or man-made — some weed will change color.

That’s the idea behind red weed.

At the end of the growing cycle, when it’s time to harvest, the resulting buds (flowers) appear redder than usual. That’s red weed in a nutshell.

Is Red Weed The Only Variant? 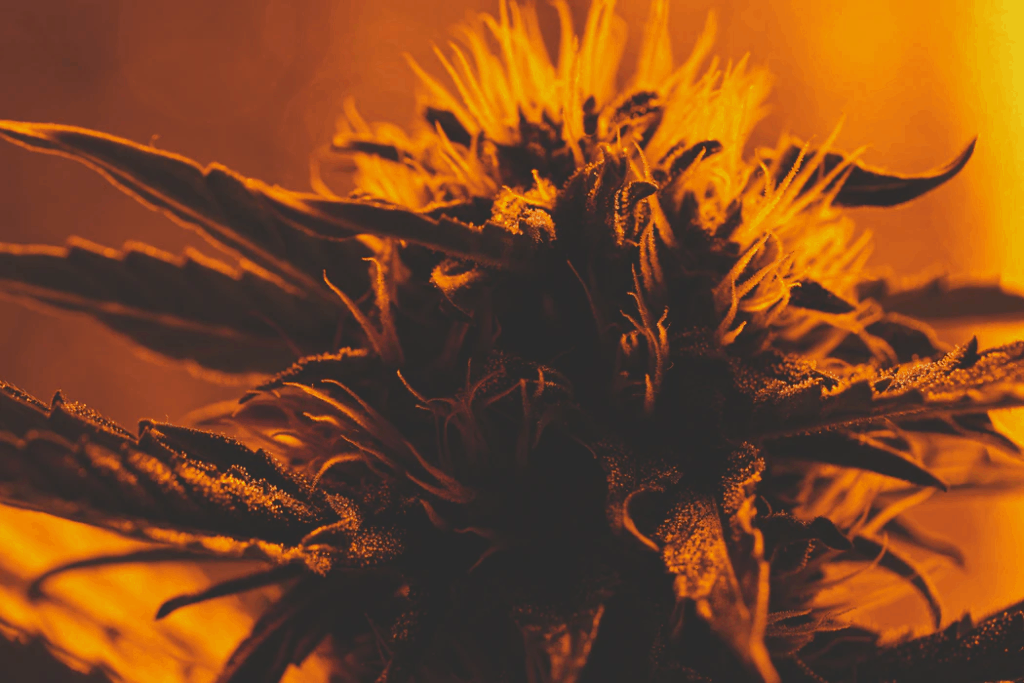 Red weed is not the only variant you’re likely to see among mature marijuana buds.

Of course, you’ll more often than not see the natural green. But you’re also likely to see other colors, including:

You’re even likely to see “rainbow weed” that exhibits several of these colors at the same time (e.g., Fruity Pebbles).

Why Is Red Weed Red? 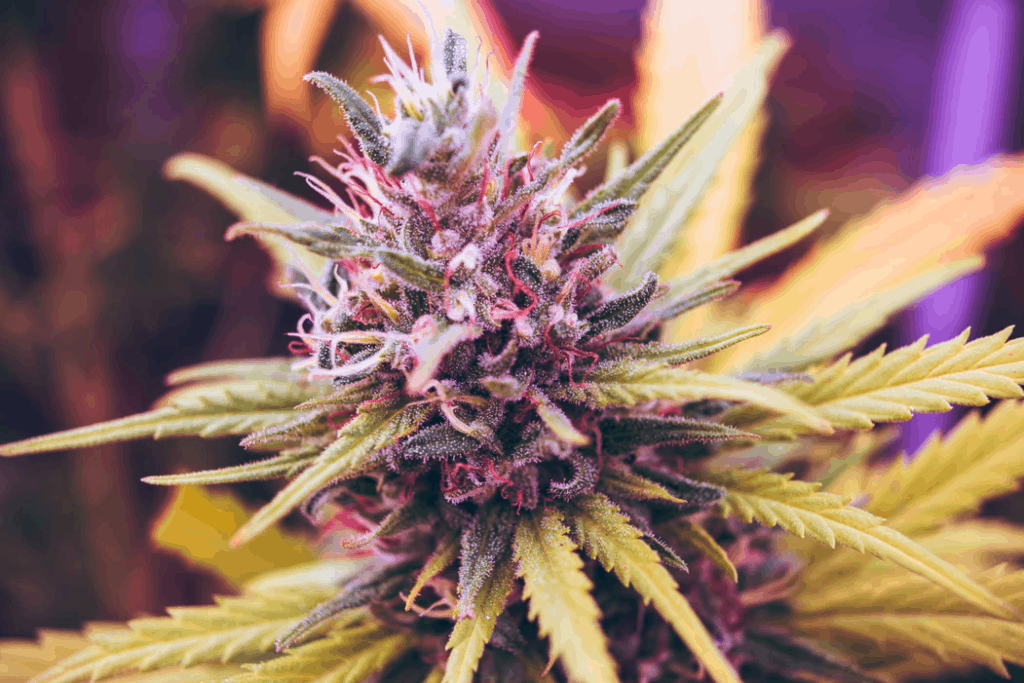 Red weed is red because…well, science. But don’t let that deter you from investigating further.

It really all comes down to two chemicals — chlorophyll and anthocyanin — and how much of each is present in the plant during certain times of the year.

The Science Behind Red Weed

Anthocyanin gives plants a red, purple, or blue hue depending on the pH.

During the majority of the growing season, anthocyanin is overpowered by the stronger, greener chlorophyll.

That’s why most plants are green in the spring and summer: the chlorophyll is more prevalent. And this isn’t just happenstance. The green color actually serves a purpose — it captures more solar energy than other colors.

In the fall, when chlorophyll breaks down, anthocyanin (and other flavonoids) shine through because they’re no longer overpowered by the green.

This results in the beautiful yellows, reds, oranges, and even purples that signal the approach of winter. Like the green, the colors are not just for show; they do serve a purpose.

In this case, the bright colors that appear during the fall months attract more insects which, in turn, aid in the pollination process.

It’s basically the plant making itself look more attractive so it can reproduce.

And whether a plant’s leaves turn red, or yellow, or orange, or purple is largely determined by its genetics.

The DNA floating around in there determines how much of one flavonoid or the other is present and in what concentration.

If the traits are already there, though, you can manipulate your bud just a bit to achieve some pretty righteous red weed.

Still, understanding where color comes from, and when it is more likely to come about, goes a long way toward helping you manipulate your way into the red weed that so many desire.

But before we talk about how to grow red weed, let’s examine some of the possible benefits it has to offer. 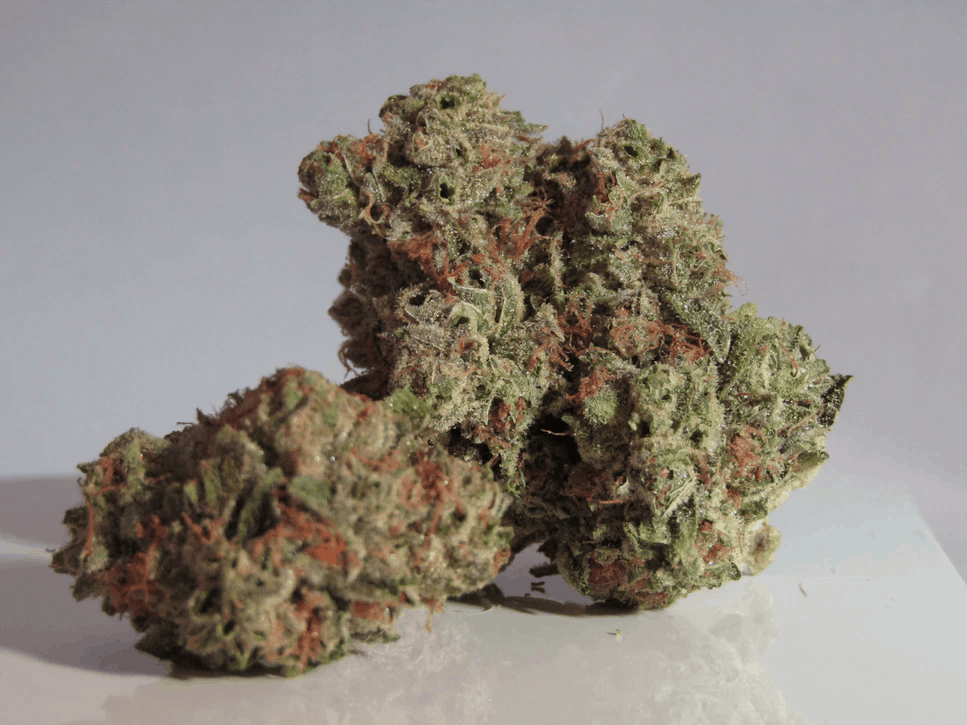 Most of the hype surrounding red weed — or any colored marijuana variety — is strictly novelty. In reality, red weed is pretty much the same as every other shade.

Any extra benefits cannabis consumers claim to get from red weed is more likely due to altered perceptions (no pun intended) or the strain itself. It’s not the color.

That said, anthocyanin is an excellent antioxidant that occurs in foods like grapes, blueberries, and raspberries. High levels of these antioxidants can produce anti-inflammatory effects in the body.

For this reason, foods, and perhaps red weed, may be used with good results by sufferers of fibromyalgia, arthritis, and other inflammatory diseases.

The science hasn’t been conducted on red weed to fully support this hypothesis, but, based on the anthocyanin in red-colored foods, it’s a strong possibility that there are some health benefits involved.

How To Grow Red Weed 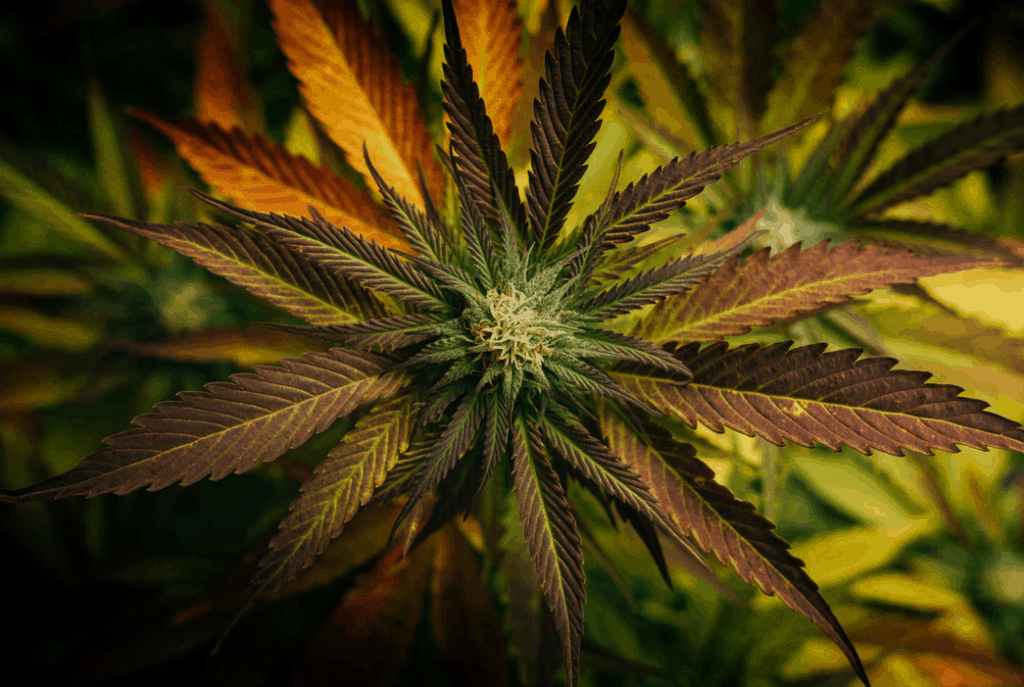 There are several important factors that determine whether weed can, and will, turn red during its growing cycle: genetics, temperature, light, and soil pH.

Here’s how you can manipulate them to realize your red weed dreams.

1) Start With The Right Seeds

Remember from our discussion about flavonoids and anthocyanin that it’s the presence of the latter that determines if red weed is even possible.

If a strain’s genetics contain carotenoid instead of anthocyanin, the color will be more on the yellow side.

Nothing you can do will change that. It’s like planting a tomato plant and then trying to make it produce kiwi. It’s just not going to work.

So the first step and most important step in growing red weed is to plant seeds that already have a predisposition toward red (i.e., contain anthocyanin).

Plants change colors in the fall when temperatures begin to drop from their summer highs.

So your best bet for producing red weed is to mimic these fall temperatures and give the anthocyanin time to work its magic.

During the flowering stage, reduce the temperature below 50 degrees Fahrenheit during the nighttime cycle to help break down the chlorophyll and make the anthocyanin more active.

The anthocyanins in marijuana serve, among other things, as a sunscreen of sorts.

The anthocyanins protect the plant matter from the harmful ultraviolet (UV) rays that the sun throws our way every day.

You can “encourage” the cannabis plant to produce more anthocyanins by exposing it to a UV light source. Doing so gives you a better chance of harvesting red weed at the end of the growing season.

For more insight into the flowering and harvesting stages of marijuana, take a few minutes to read these articles from the HMJ blog:

Cannabis grows best in soil with a pH between 5.5 and 6.5. But you can play with the pH just a bit to produce your own red weed.

Try pushing the pH a little higher than normal to 6.8 and see what results you get.

For more information on pH and how to grow ganja for best results, check out this article from the Honest Marijuana website: How To Grow Marijuana: The Ultimate Organic Guide.

When it comes to buying or growing red weed (or any color weed, for that matter), it’s always good to go by this rule of thumb:

Honestly, we can simplify that even further to the more general (and more universally applicable):

Fill in the blank with a weed adjective like quantity, potency, price, color, flavor, or aroma and you’ll get the picture (sorry, it doesn’t work with nouns like food or sex, even though a high-quality trip is sometimes better than the beast with two backs).

Quality is always the most important thing to consider.

Sure, you can save money by using regs and mids, but that will leave you with a low-quality final product — be it a joint, edible, or extract — that might not give you the effects you’re after.

For the best cannabis experience, buy a quality red weed from a reputable source like Honest Marijuana and try before you DIY.

At our Rocky-Mountain-based grow facility, we employ world-class organic growing methodologies to provide cannabis connoisseurs with the purest marijuana experience on the planet.

We grow our plants the way Mother Nature intended: in organic soil without chemicals or pesticides. We even hand-trim our plants so that they’re organic from the ground up.

Not only does that make all your smoking, dabbing, and edible experiences infinitely better, but it also means that the weed is better, tastier, and well worth the effort.

So don’t settle for an inferior strain. Get the best strains on the planet — the Honest Marijuana strains — and experience cannabis the way it was meant to be.