Nothing announces the fact that you’re smoking marijuana like the smell of the smoke. It’s instantly recognizable and can seemingly be smelled from miles away (it can’t, we’re just exaggerating for effect).

Thankfully, some ganja genius somewhere came up with a way to mask the scent of weed smoke by passing it through a DIY-filter. This nifty little device became known as a sploof. 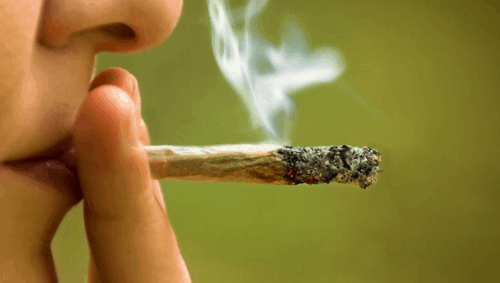 But what exactly is a sploof? Where did the term come from? And how can you make your own? Let’s find out.

What Is A Sploof?

Think of a sploof as a muffler for your marijuana. If you’ve ever heard a car with a malfunctioning muffler, you know that they’re damn noisy. You can hear them coming from miles away (we’re not exaggerating this time).

The muffler works to dampen the extreme noise by passing the sound waves through a set of perforated tubes. The perforations reflect the sound waves in such a way that they effectively cancel each other out. This makes the engine noise all but undetectable to the outside observer.

The sploof works on the same principle only with smell instead of hearing. Instead of simply releasing the smoke from your joint or bong into the air, you’re going to exhale through the sploof. Inside the sploof, the smoke passes through a filtering agent (we’ll get to that shortly) where it loses its tell-tale odor.

It sounds like high science, but don’t worry, the sploof is nowhere near as complicated or high-tech as your car’s muffler. We’ll show you just how low-tech a sploof can actually get in a section below.

But first, it would behoove us to talk about the etymology of the word sploof (that’s where the word came from for those of you tripping balls right now).

Where Did The Term Come From?

The omniscient internet is decidedly vague about where exactly the term sploof came from so maybe it’s not as omniscient as we all thought. Regardless, it’s not hard to conceive of the word sploof as a portmanteau (a blend) of the words “spliff” and “spoof”.

Spliff is a word—possibly a portmanteau itself—of Caribbean origin that refers to a combination of tobacco and marijuana rolled into the shape of a joint, cigarette, or blunt. Spoof is a more familiar term that refers to a trick or a hoax played on someone as a joke.

It’s easy to imagine one industrious spliff smoker (the genius mentioned earlier?) coming up with a way to mask the fact he was smoking marijuana by blowing his ganja smoke through a filter.

And in proper marijuana fashion, this intrepid inventor gave his creation a name that would confound people to this day. Hence, the sploof was born.

How To Make Your Own Sploof

The sploof can take many forms. It can be built from things found around the home or require a trip to the hardware store. It all depends on your needs, how much you want to spend, and how long you want the sploof to last.

Dryer sheets are the cheapest and easiest-to-obtain filtering agent for your sploof. Chances are you’ve already got some lying around the house somewhere. 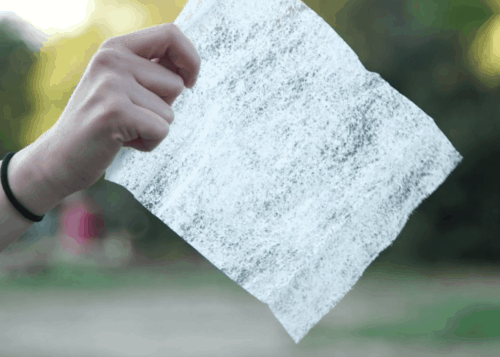 Dryer sheets work great because they’re often infused with their own odor which works to neutralize the smell of your weed smoke. As an added bonus, the thick weave of the dryer sheet material further traps the molecules that cause weed smoke to give off its tell-tale aroma.

If you don’t have a box of dryer sheets lying around, $5 at your local market is enough to keep you in sploofs for a month (depending on how often you smoke). 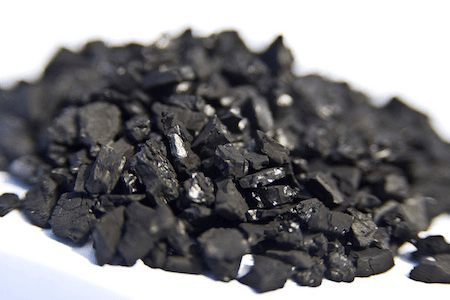 Activated charcoal—also known as active charcoal, activated carbon, or active carbon—is one of the best gas and odor filters available. It’s so good because each “piece” of the charcoal is extremely porous.

In fact, because of its high degree of microporosity, just one gram of activated charcoal—which can fit in the palm of your hand, by the way—has an actual surface area of 32,000 square feet.

That number might not mean anything to you, but in terms of adsorption (yes, that’s the correct word), it means that activated charcoal has plenty of room to trap and hold the marijuana molecules that make your smoke smell.

Though it may sound difficult to obtain, it’s really not. You can find activated charcoal at most pet stores because it’s used in aquarium filters. It’s a bit more expensive than dryer sheets (about $12 for 22 fluid ounces), but is much more effective at getting rid of the ganja odor that will give you away.

Which Filtering Agent Should You Use?

It’s your choice which filtering agent you use. Dryer sheets will do a good enough job to keep your smoking undetected, but they won’t last as long as activated charcoal.

The type of filtering agent you choose can also be dictated by the type of container you use. We suggest trying them both in various builds to see which one you like best. These DIY-projects aren’t expensive by any means so you can try different forms and combinations based on your own needs and designs.

Now that we’ve discussed the filtering agent, let’s turn our attention to the container that will hold the “guts” of the operation and how to assemble the numerous variations.

First, remove all the toilet paper from the cardboard tube. It’s best to wait until you actually finish the roll so you don’t have a pile of toilet paper lying around. That’s a sure sign that something untoward is going on.

Be sure to remove all the little bits of toilet paper that are caught in the adhesive. 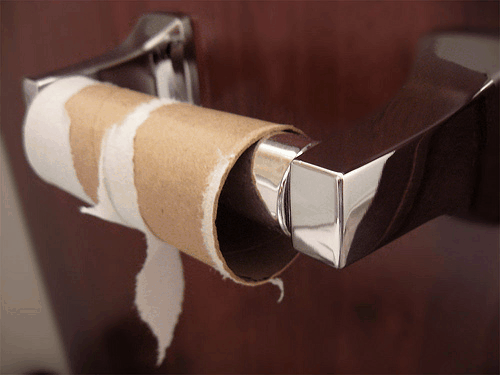 Second, fill the tube with three or four dryer sheets. They don’t have to be packed tightly or anything. Just make sure they’re spread out so that they fill up the entire interior of the tube.

Third, cover the end of the tube with another dryer sheet and fold it over so that it covers part of the length. Secure this dryer sheet with any kind of tape, a rubber band, or even string.

That’s it! You’re ready to smoke. Just add fire (to your joint, of course) and blow the smoke from your tokes into the sploof to filter out the stinky marijuana smell. The toilet-paper-tube sploof will last for several smoke sessions but be sure to keep an eye on the dryer sheets. When they’re running out of filtering power, they’ll begin to turn dark. When that happens, just toss your sploof in the trash and start again.

The toilet paper tube may also wear out sooner than the dryer sheets because the cardboard is made to degrade in the presence of moisture (your breath). For a longer-lasting option, see the build below. 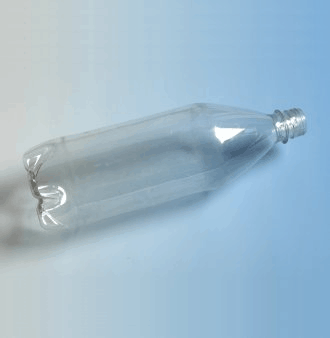 First, cut the plastic pop bottle in two about half-way down. Basically, you’re just cutting the bottom off, so feel free do that if it makes more sense to you. Whatever. This is DIY, so we’re not picky. Wherever you cut, just make sure you have enough room for the next step.

Second, fill the inside of the bottle with three or four dryer sheets.

Third, cover the big end of the bottle (not the part that you drink from) with another dryer sheet, fold it over the length of the bottle-top, and secure it with tape, a rubber band, or string.

We like to use tape or string with this build because the plastic bottle might compress under the tension of a rubber band. Not that that’s a problem, but the rubber band (and the dryer sheet) could slide off right in the middle of your smoke session. Then where would you be?

Plus, an off-round sploof just looks sloppy. Yes, the cannabis culture is a bit lax in its concern for appearances, but come on, you’ve got to have some standards, right? This is where we draw the line. No wonky sploofs for us.

The plastic bottle is often easier to use because the hole through which you exhale is smaller than the toilet paper tube. This smaller size minimizes the smoke that can seep around the edges.

The weight might compromise the security of the dryer sheet covering the bottom of the sploof and then you’ve got a big mess.

If you want to work with the activated charcoal, try the options below.

Other Options For Your Sploof

Remember that a sploof is just a container (tube) with holes in both ends. Look around and you’ll see plenty of options for making your own sploof.

You could remove the innards of a chapstick tube and fill it with activated charcoal. Then just poke a hole in the top and bottom and smoke away. 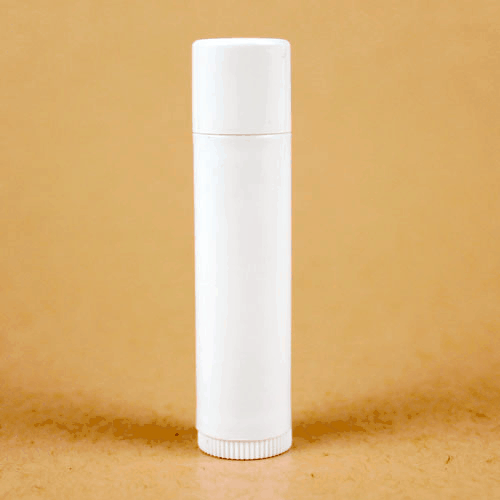 You could also get really fancy and make your sploof out of PVC or ABS pipe. Fill the pipe with dryer sheets or activated charcoal, place a cap over both ends, then drill a few holes in each cap. You’re good to go. 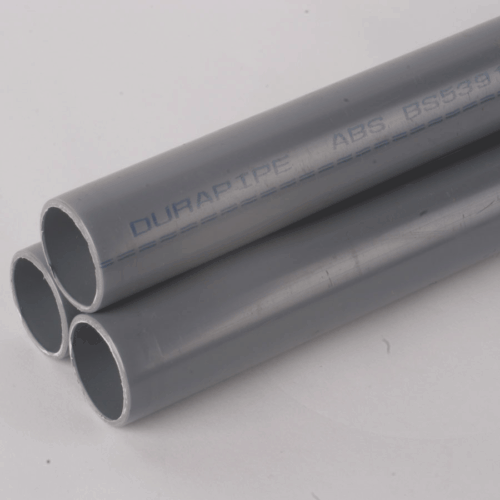 As good as the sploof may be at filtering the smoke you exhale, how do you deal with the smoke from your joint or bong?

How To Deal With Smoke From Your Bong

Smoking from a joint will be a problem because there’s really no way to stop or contain the burning once the joint’s been lit. If detection is a major issue, you should probably consider getting your fix with a bong because there are a number of ways to contain the smoke from this apparatus.

First, you could pack one-hitters in your bong so that all the weed is burnt up and all the smoke is inhaled. That way everything is passed through the sploof without excess smoke escaping to give you away.

If one-hitters aren’t your bag of weed, you could cover the bowl with a quarter or other large coin to keep the smoke in the bong and out of the ambient air.

If You’ve Got Money To Burn, Try These Higher-Priced Solutions

If DIY isn’t your thing and you’ve got some extra money to burn (not literally, of course), consider buying an electric air filter or purifier. These dandy devices were designed with airborne allergens in mind, but they’ll filter out marijuana smoke just as well.

That said, we wouldn’t recommend using an air purifier as your only line of defense. Make or buy a sploof of some kind and use the electric filter as a second layer of protection.

Other, less-expensive options for odor control include:

Whatever option you choose, it’s always a good idea to burn the candle or incense, open the window, or spray some Febreze BEFORE you start smoking. Then, when you’re finished, leave the candle burning or spray the room again. It’s a little more effort, but you’ll be happy with the results.